We met Nash at our Pet Photo Shoot Fundraiser for Friends of Strays Animal Shelter at Dog Bar St. Pete in October 2018.

When Nash was born, the umbilical cord was wrapped around one of his paws, giving him a clubbed paw. Nash’s paw needed to be removed and the surgery was estimated to cost $2,000-$3,000. It was an instagram post from a popular account that got Nash’s, soon to be Mom’s, attention.

This all happened right after the Route 91 shooting in Las Vegas, and understandably so, there wasn’t a lot of extra funds available for his surgery and future vet bills.

?Update? Nash has found the perfect home. His new mommy is an occupational therapist so she will have the knowledge to aid his recovery after surgery❤️❤️❤️ This cute little Nugget is Nash aka Nashville. Nash was born 9/5/2017 and unfortunately Nash was born with the umbilical cord wrapped around his foot and will need to have his leg amputated when he is 20-25 weeks old. Nash can live a very full life as a Tripawd. He is a full breed labrador and @hughesfamilylabradors is looking for a loving home for Nash. His mom is a certified therapy dog and his dad is a hunting champion. Please direct message them if you are interested❤️❤️❤️❤️❤️❤️@hughesfamilylabradors is hoping that a person or family will adopt Nash at no charge, but can accommodate the upcoming expenses to remove Nash’s leg, and give Nash the full life that he deserves. Surgery can be done when Nash is 20-25 weeks old. Estimated cost is $2 – $3,000. Before we judge please know that @hughesfamilylabradors helped @talesofalab with a senior dog that we posted in September who was dumped at a shelter by his family who no longer wanted him, something we all see too often. . This is a challenging time for @hughesfamilylabradors in getting donations to help with Nash, as they are in Las Vegas, and the focus right now is the shooting victims from the 91 Harvest Festival tragedy. Please go to @hughesfamilylabradors to learn more about this special guy and how we can help him, or share and tag someone who may be able to help. . #lasvegas #lasvegasdogs #dogsofvegas #vegasdogs #lasvegasnevada #clubbedfoot #puppyinneed #pleasehelpifyoucan

Nash’s now Mom is an Occupational Therapist, which makes her the perfect Dog Mom to help with the rehab process.

Her husband was on board from the beginning and they booked a round trip to flight Las Vegas to bring Nash home to Dunedin, Florida. 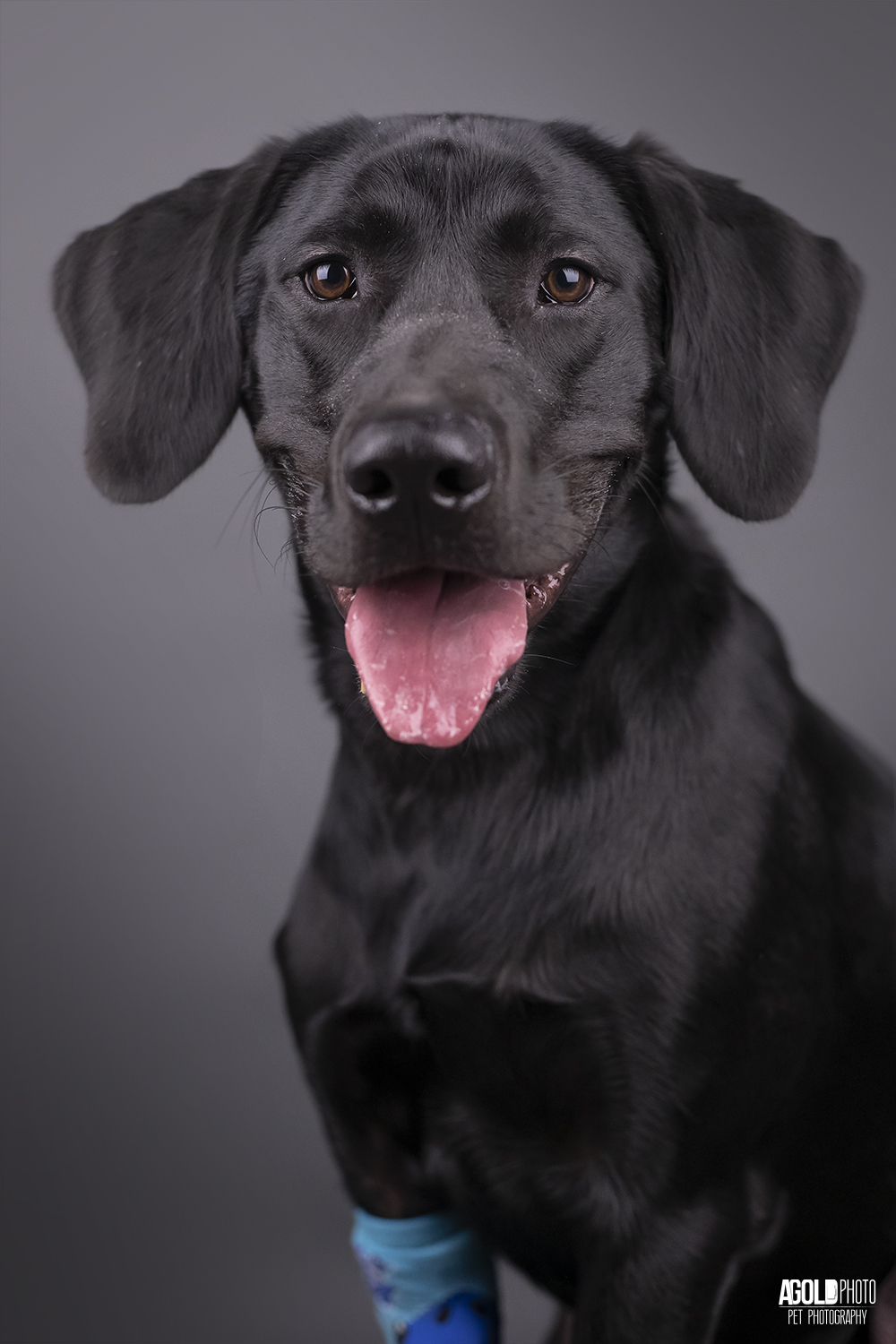 After meeting with an orthopedic surgeon, it was determined that Nash didn’t need to have his paw amputated unless he has issues later in life.  He still has his clubbed paw, but wears a sock around it when he is in public.

“The sock protects his elbow from the ground when he lays down and also prevents his leg from getting injured while playing with other dogs. The club acts like a hook so with the sock on he is safe. We try to make it fun by purchasing socks along with the season or time of year, however, the shark sock is everyone’s favorite.” Nash’s family told us. “Overall his club hasn’t poorly impacted him in that many ways. He is occasionally cautious and doesn’t like his nails cut, but uses it to the best of his ability. The one thing we do have to keep an extra eye on is his “good leg”. We have to make sure he is not over doing it while playing/running or his elbow may become inflamed. Keeping him at a healthy weight is also very important because his front left leg holds 60% of his total weight. He is spoiled at home with good dog beds, all to protect him while he rests.” 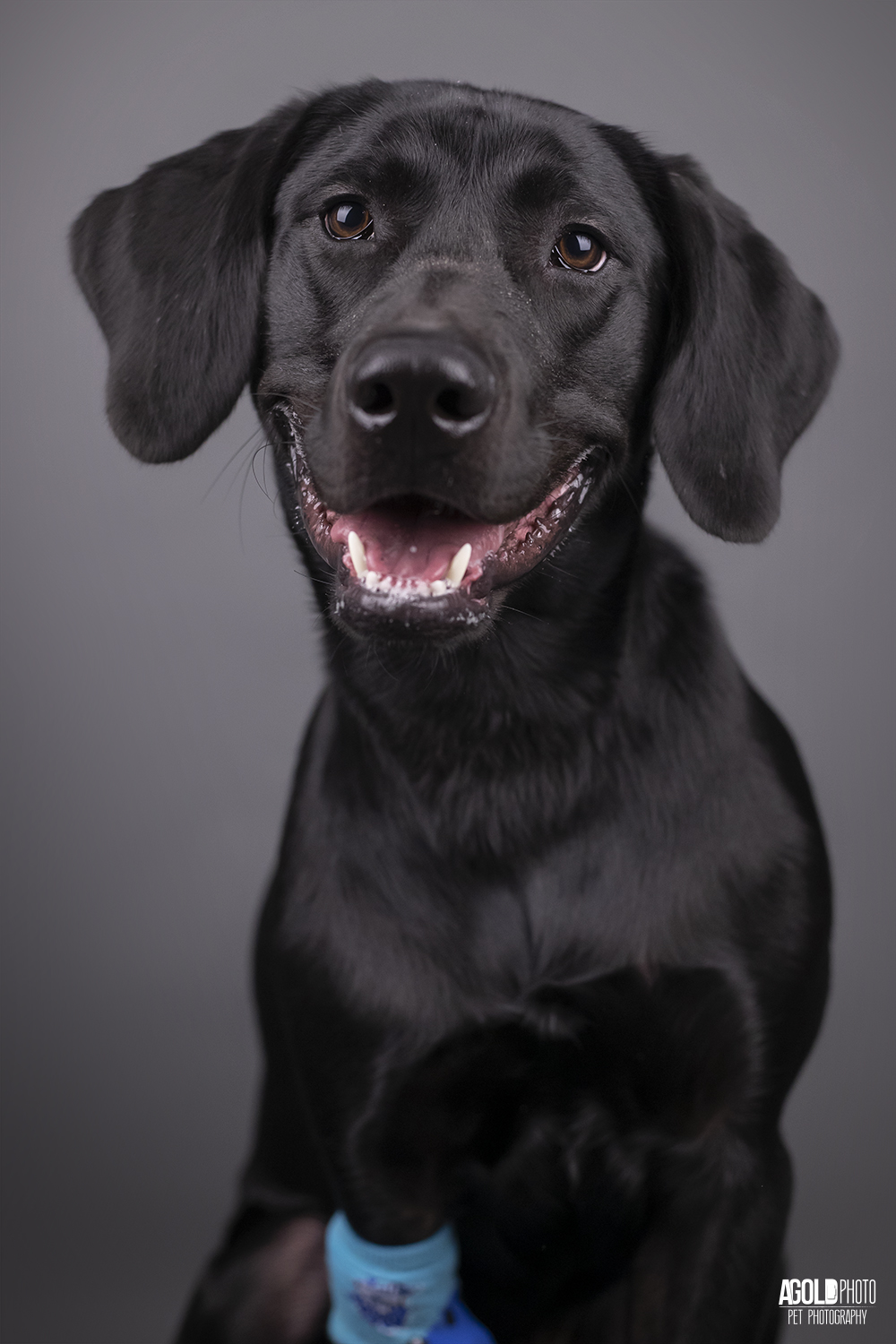 Nash is a perfectly abled dog and even goes to work with his mom occasionally. You can follow Nash on Instagram at not.so.ordinary.nash

Does your pet have a unique story?

Photos of Nash at Work