I never pictured myself taking photos of Santa, mainly because I typically just take photos of pets. I find them much easier to work with.

When the situation arose to do it for charity, I was hesitant because I have never done it before, but I am extremely happy with the results and will definitely be doing dog photos with Santa next year.

I like to be creative with my pet photography and the above photo wasn’t doing it for me. That photo was the first of the day and when I looked at it, I knew I had to do something different. That photo is like every other dog photo with Santa and I don’t want to be like everyone else.

After that first photo, when people asked for their dog’s photo with Santa, I said “we’re doing Santa photos a little different today. You’re going to see Santa blurred in the background. His lower body, legs and boots will be in the shot. You’ll know he’s there, but the focus will be on your dog.”

Their reaction surprised me. After I gave them the short spiel, they loved the idea. All the reactions were positive, so I knew I had something here.

The 5 photos below were taken at Ferg’s Live Tampa for the monthly Vets4Pets Suds on Sunday Charity Dog Wash. 50% of the proceeds from any photos purchased or downloaded will go back to Vets4Pets. You can see those photos here. 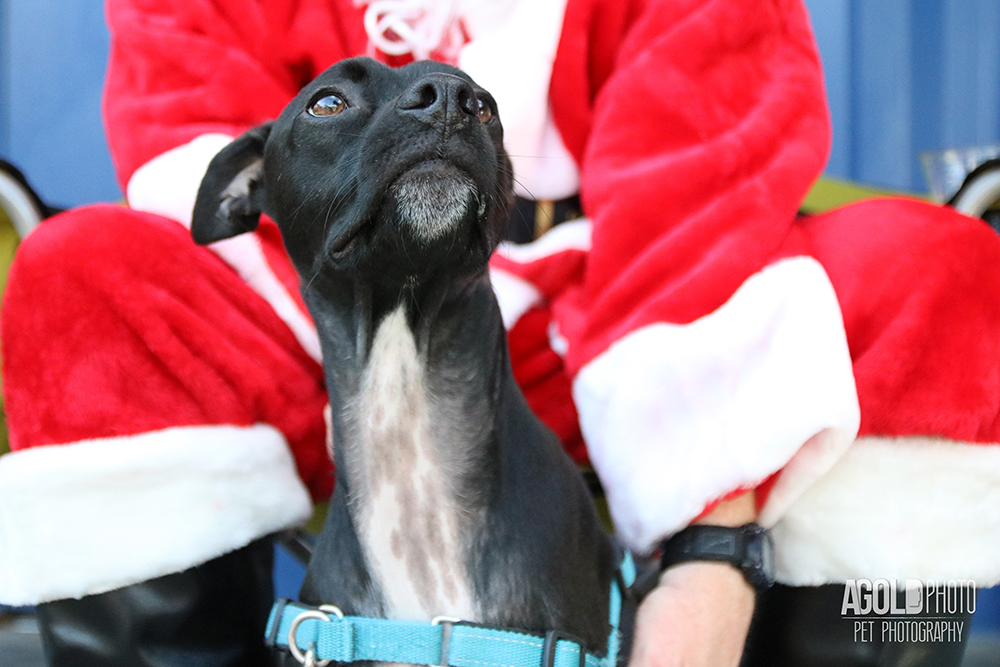 Mister thinking about what treats and toys he wants for Xmas 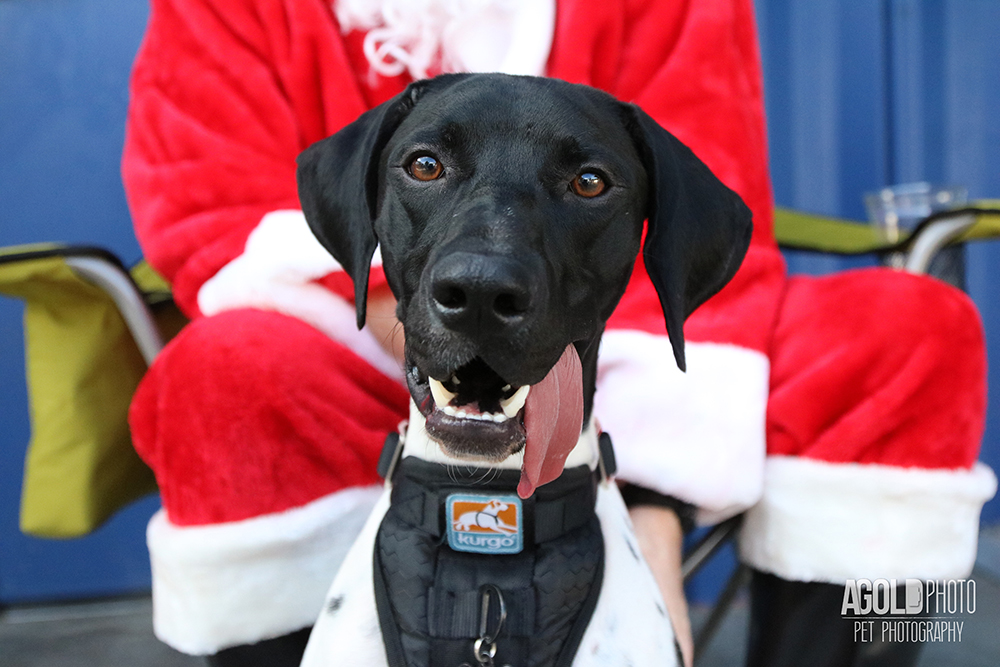 Retter is salivating at the thought of his new front facing leash his Dad is getting him. It’s going to prevent him from pulling on his walks 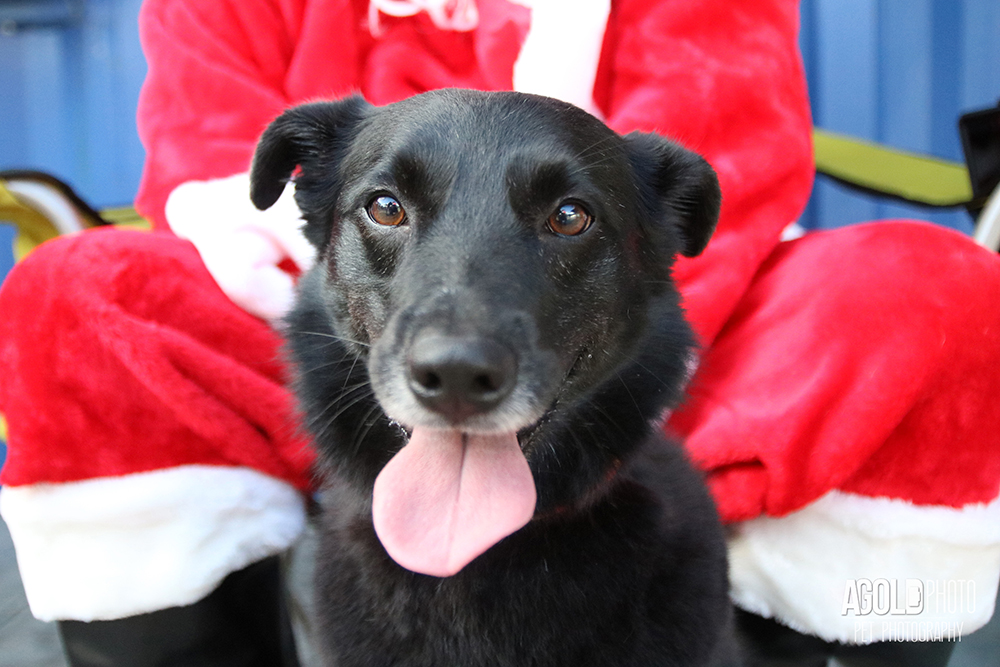 Riley was a little distracted during her shoot, but she did tell me she is looking forward to more toys that squeak this Christmas 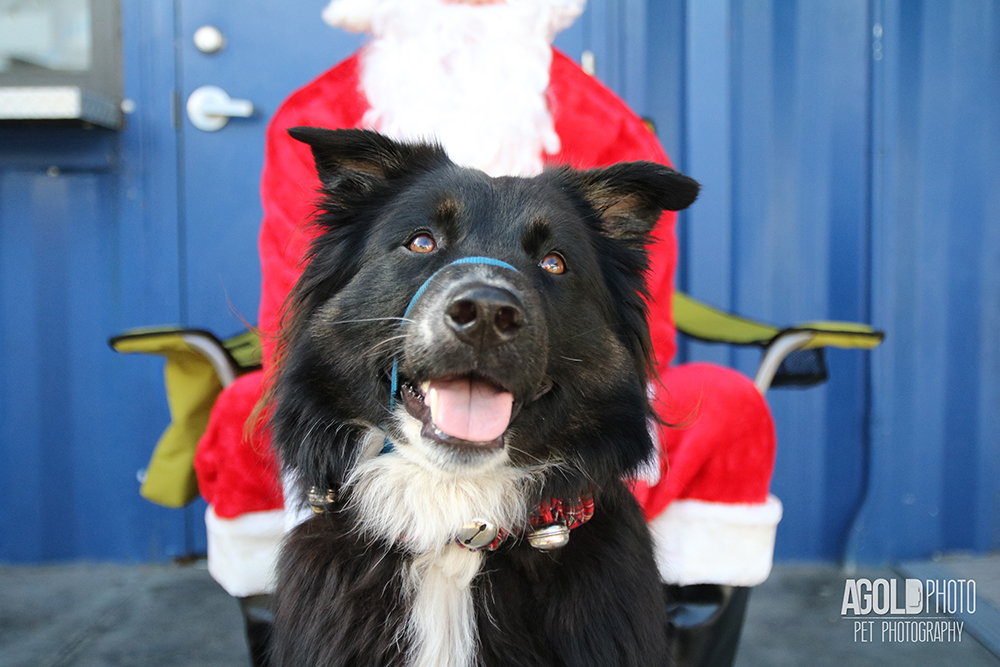 Rock is not fashioning a muzzle, it’s called a Gentle Leader. It’s a humane way to prevent pulling and is an alternative to pronged and choke collars 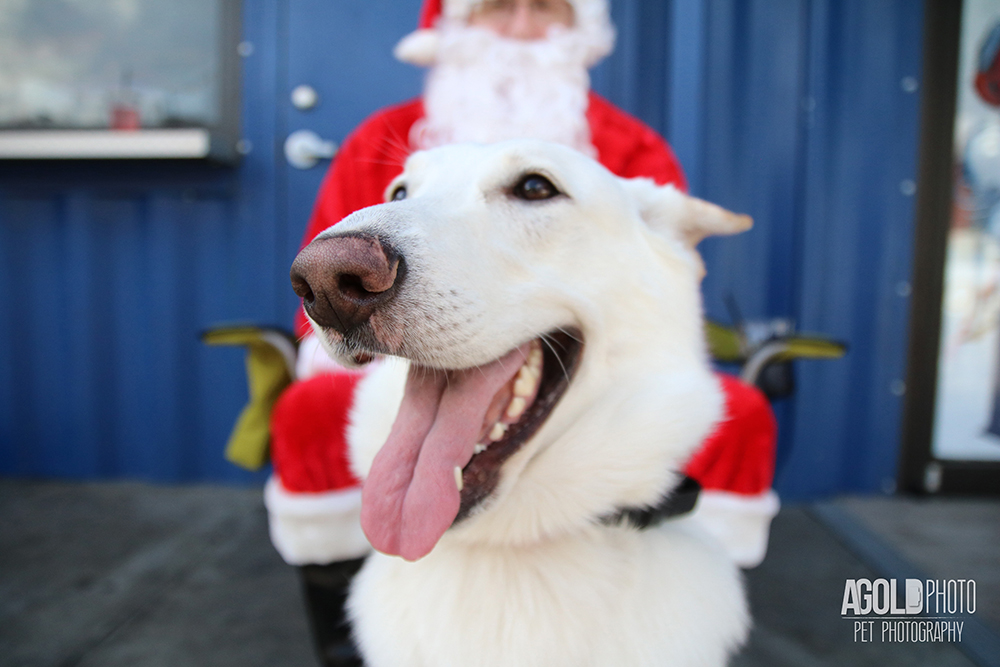 White beards are totally in this time of year