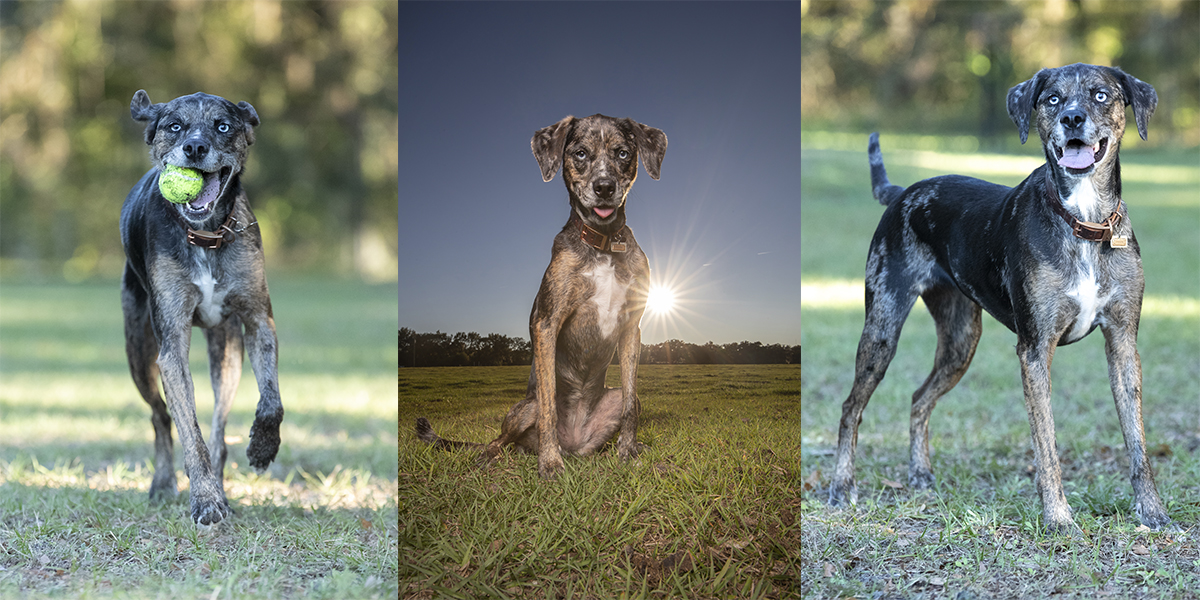 Being at Home Put Phoebe at Ease During Her Private Pet Photo Shoot.

We met Phoebe originally when she came to one of our Pet Photo Shoot Fundraisers in St. Pete, Florida. 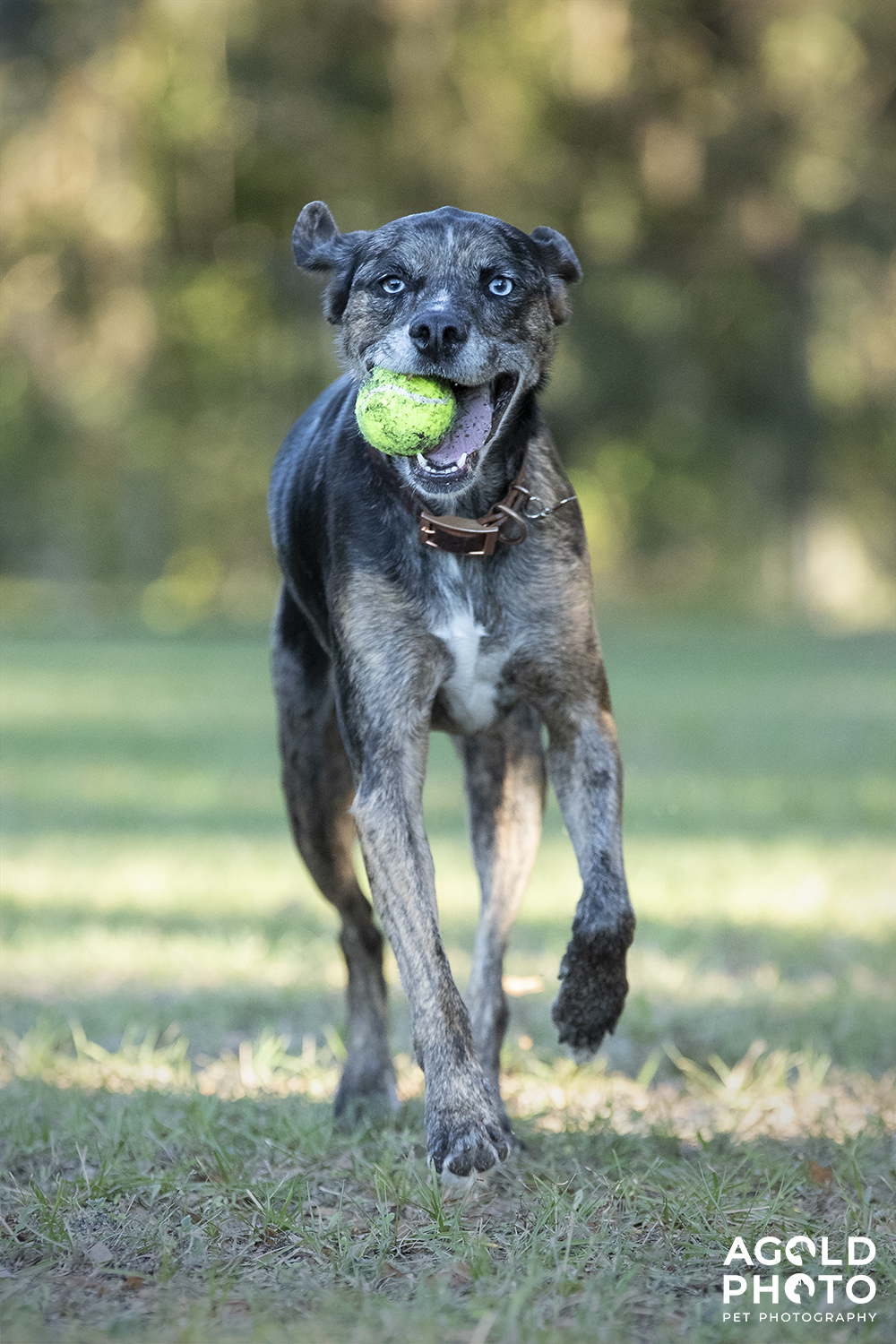 Phoebe wasn’t a fan of our studio, which is when we realized a private pet photo shoot was more her speed. We took photos in her backyard, doing what she loves to do, chase a tennis ball.

Her Dog Mom also mentioned that she doesn’t always do well with car rides. 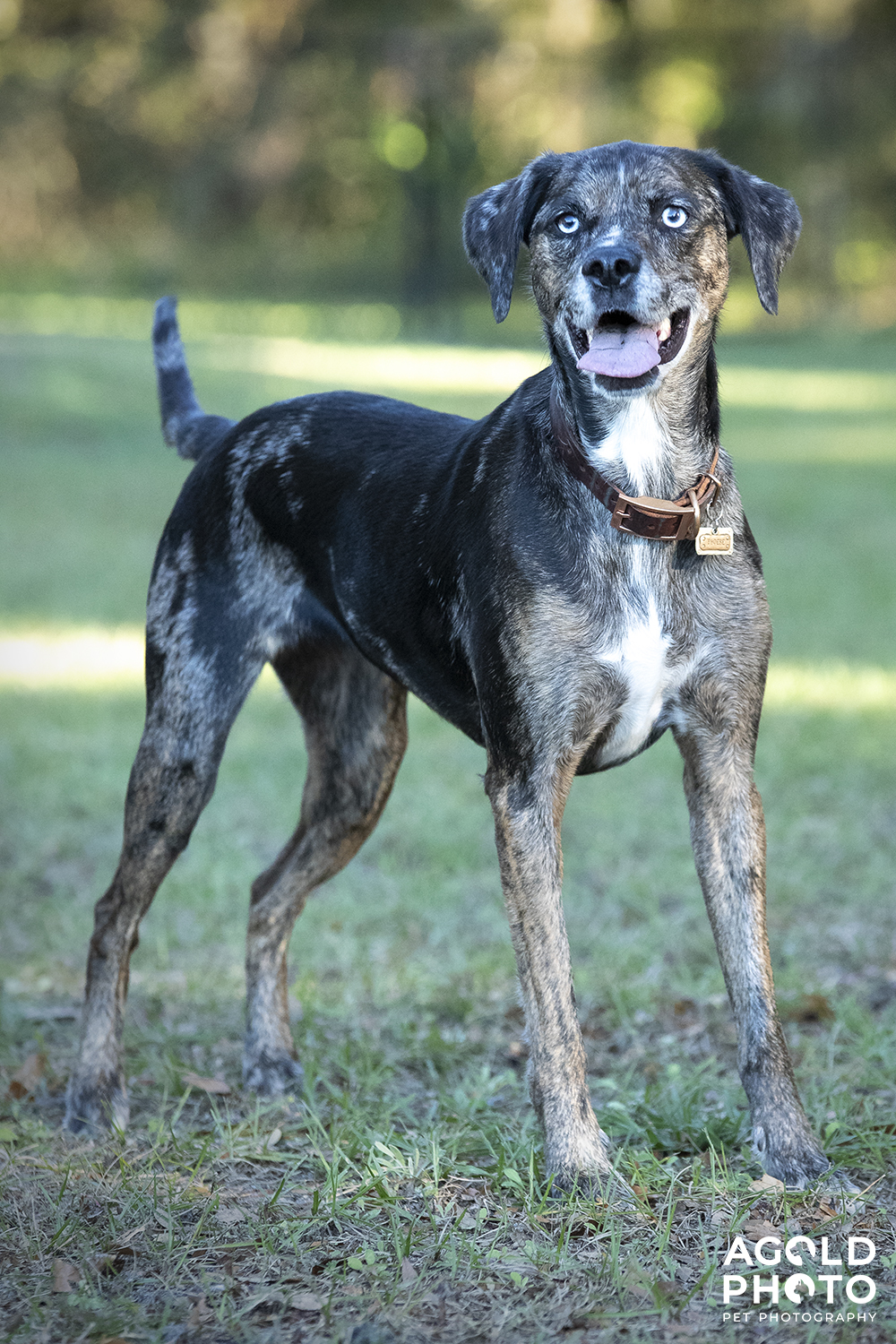 Our outdoor private pet photo shoots are ideal for pups who get too excited around other dogs, nervous in the car or for owners who prefer the convenience of us bringing the photo shoot to them. 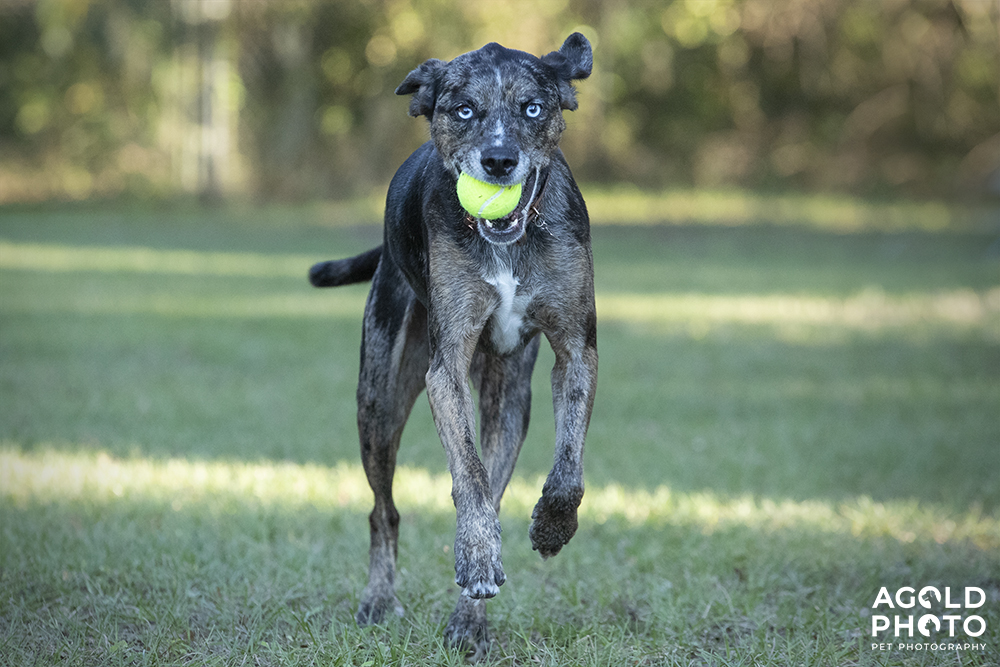 There also isn’t a time limit for our private pet photo shoots. Spots at a Pet Photo Shoot Fundraiser are only 10 minutes and may not be enough time for pups who get excited or can be nervous in new situations. 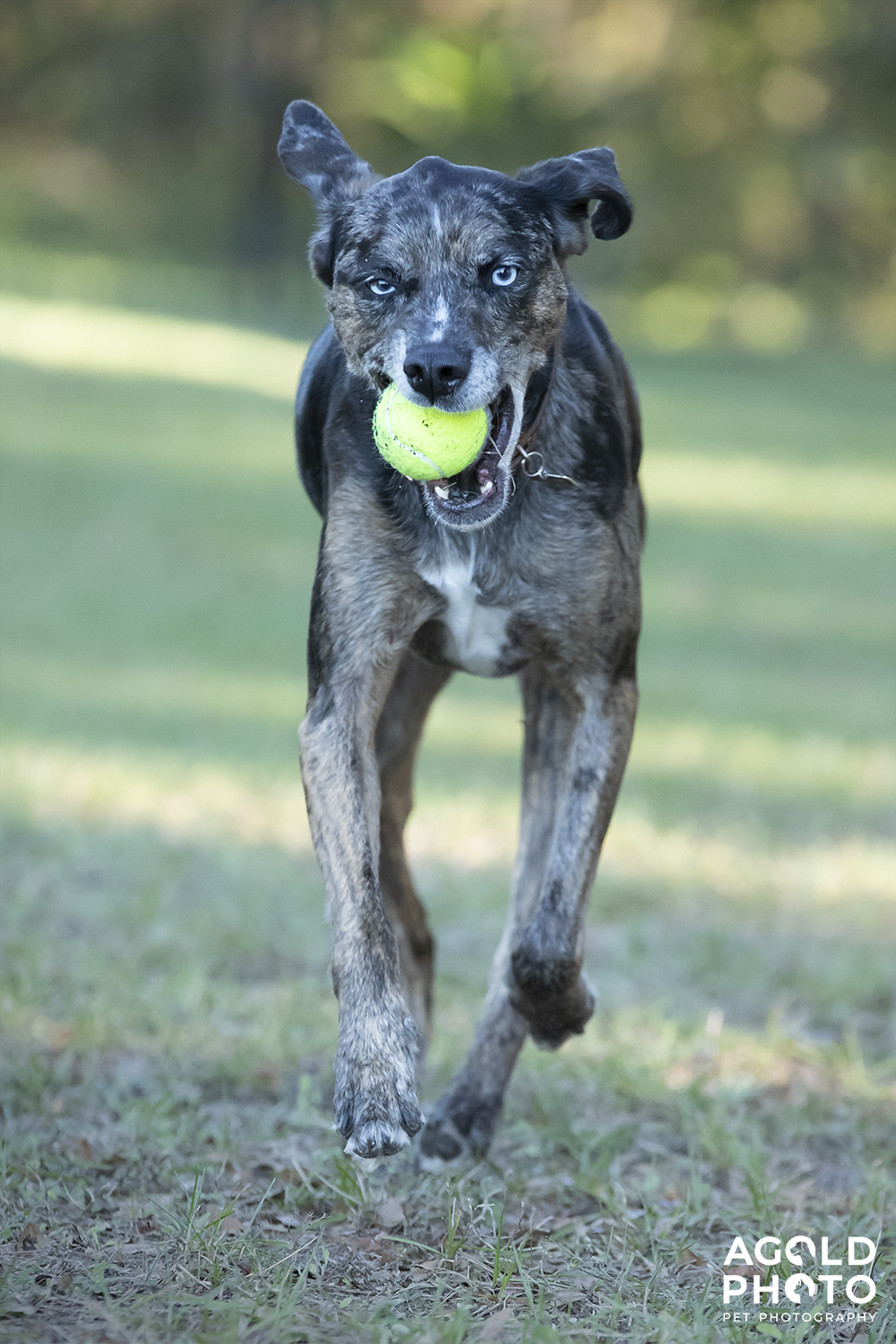 Phoebe’s parents have a cow pasture their family owns, which was perfect terrain for our wide angle pet photos too. 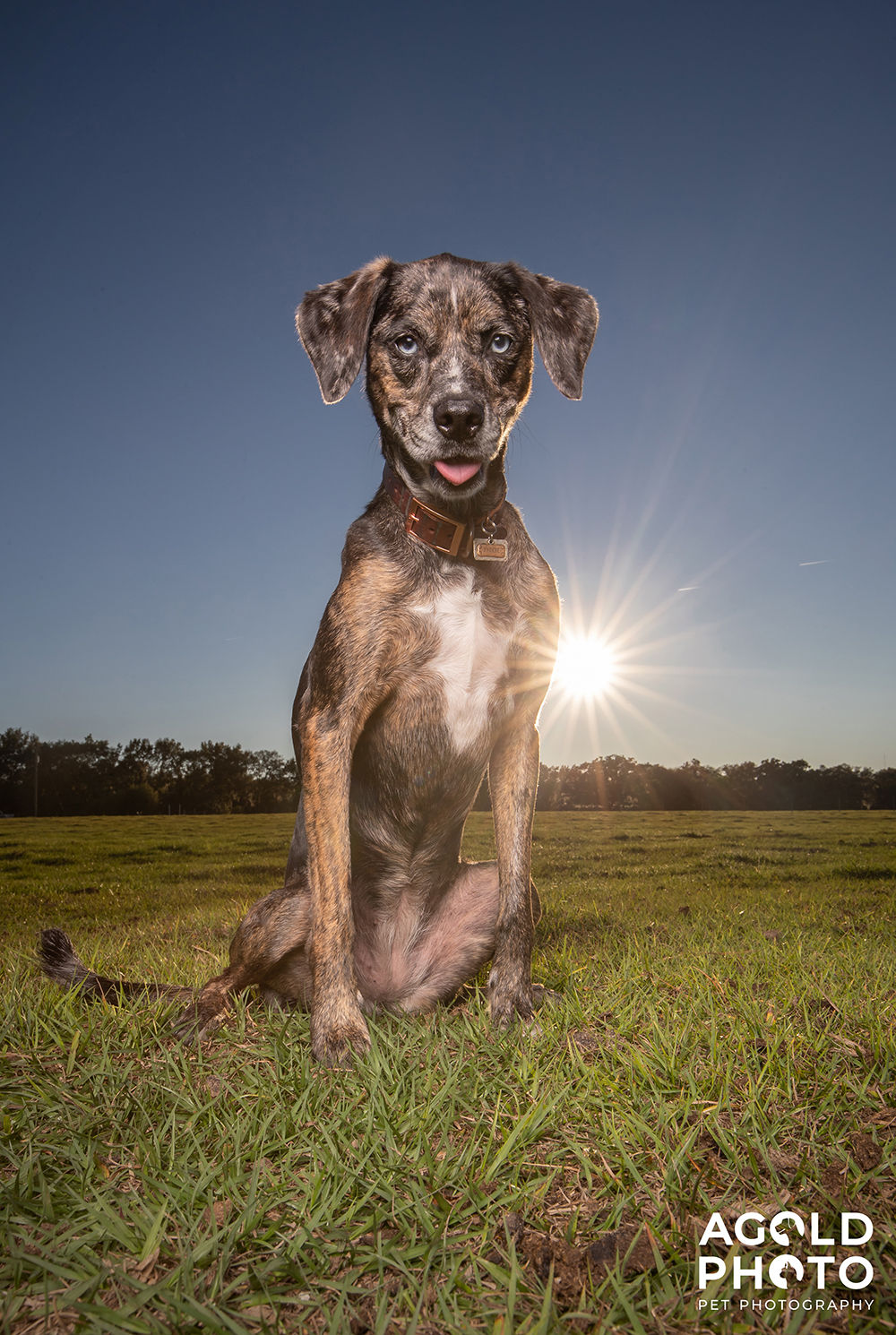 These photos of Phoebe were taken around 5 PM as the sun was setting. 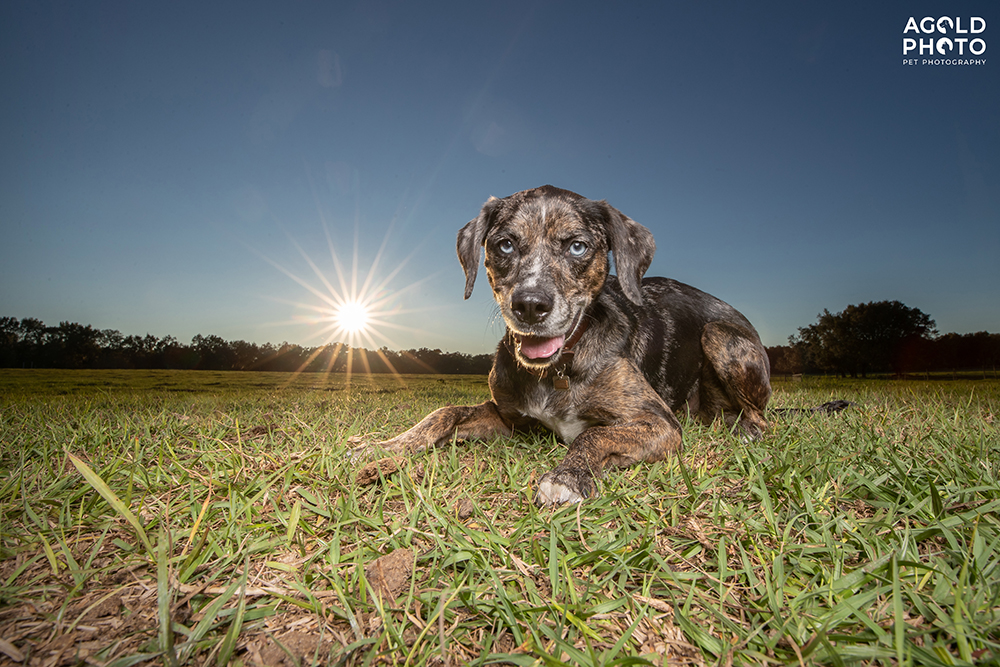 We use a battery powered strobe light to get this type of effect. 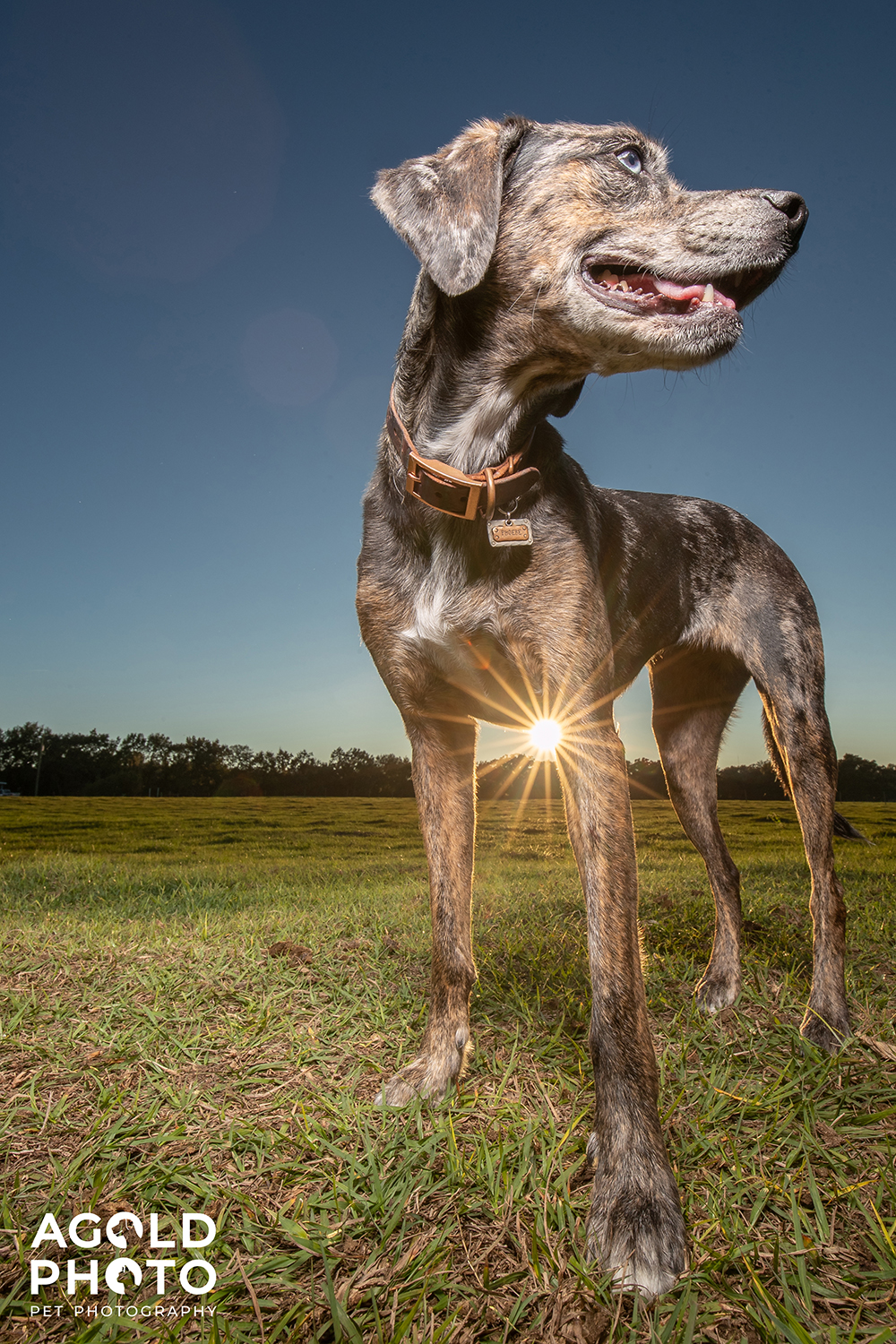 If we didn’t use a high powered light, Phoebe would have been a silhouette. 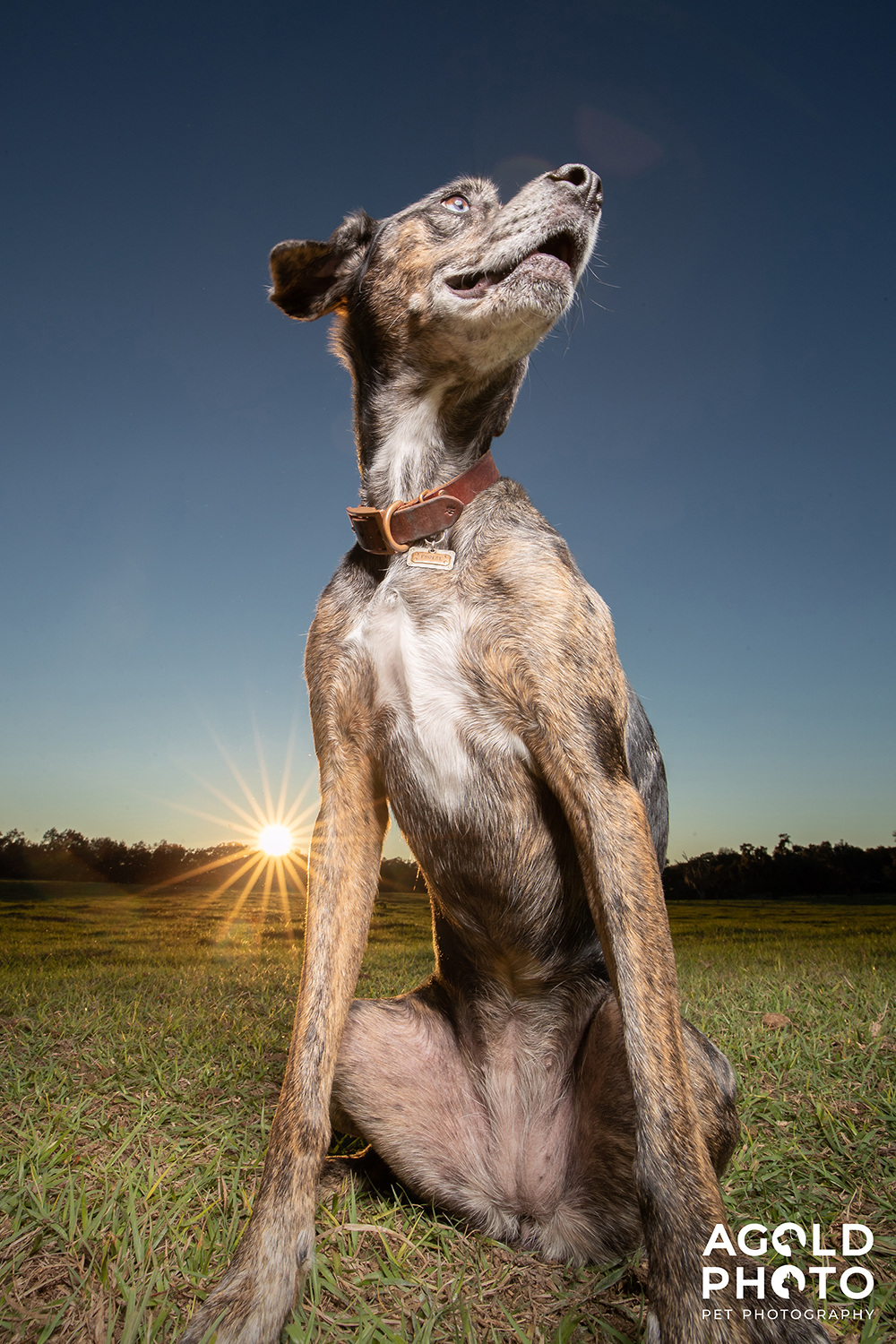 Behind the scenes during Phoebe’s Wide Angle Pet Photo Shoot. 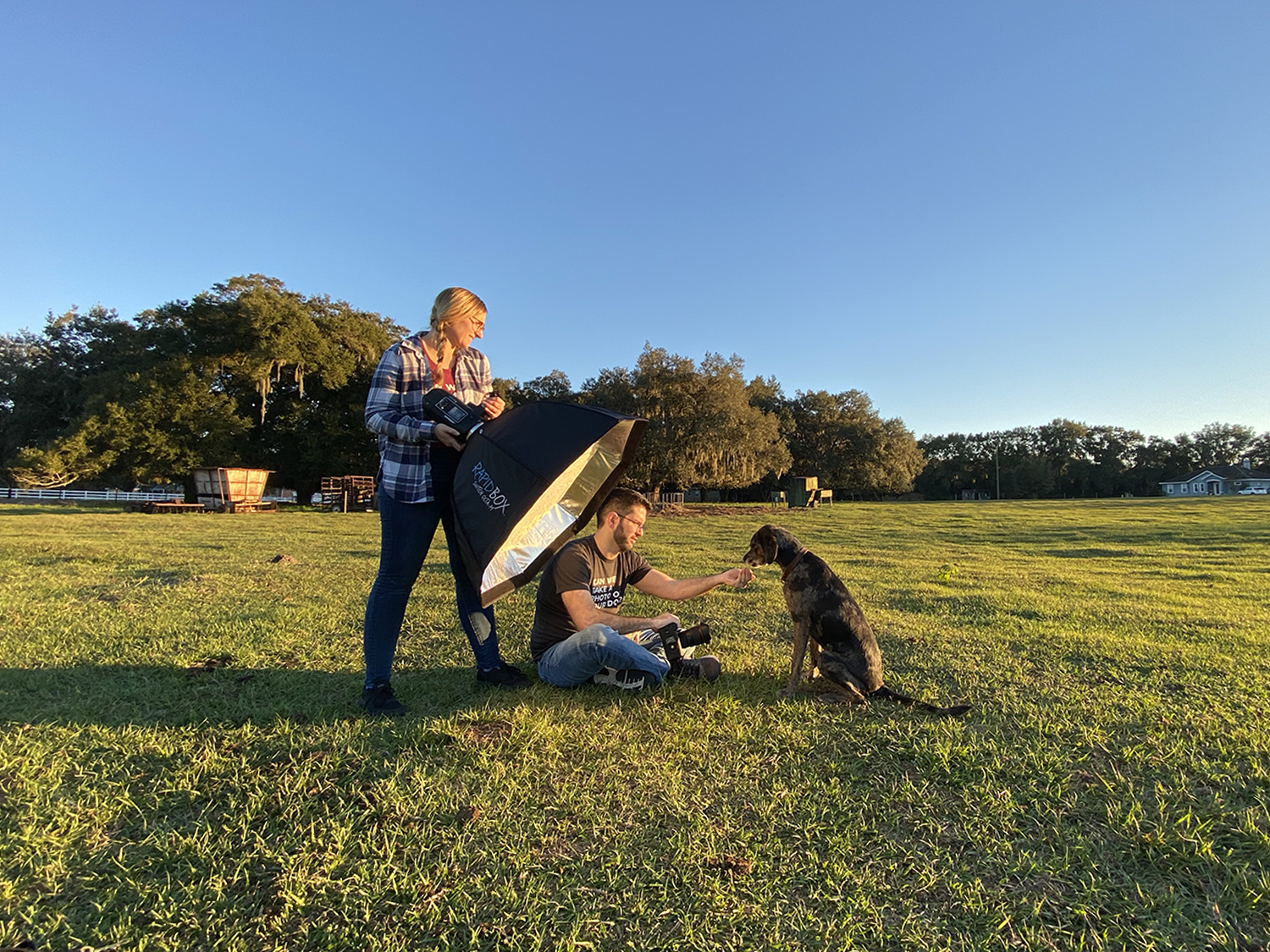