Content sponsored by Nite Ize, but the opinions expressed are our own

Make nighttime walks with your pup simpler and safer

We recently teamed up with Nite Ize and the Seminole Heights Dog Pack to test LED products that make nighttime walks with your pup simpler and safer. With Daylight Savings Time approaching, it will get darker earlier and the Nite Ize LED products make it easy to keep track of multiple pets in the dark.

The Seminole Heights Dog Pack typically convenes on Saturday mornings, so their members were excited to gather on a weeknight to light up the night.

Pictured below is the Nite Ize SpotLit Collar Light, which easily clips onto the D-ring of your pet’s collar or harness.  A simple push of a button lets you switch from a constant glow mode to an attention-grabbing flashing mode 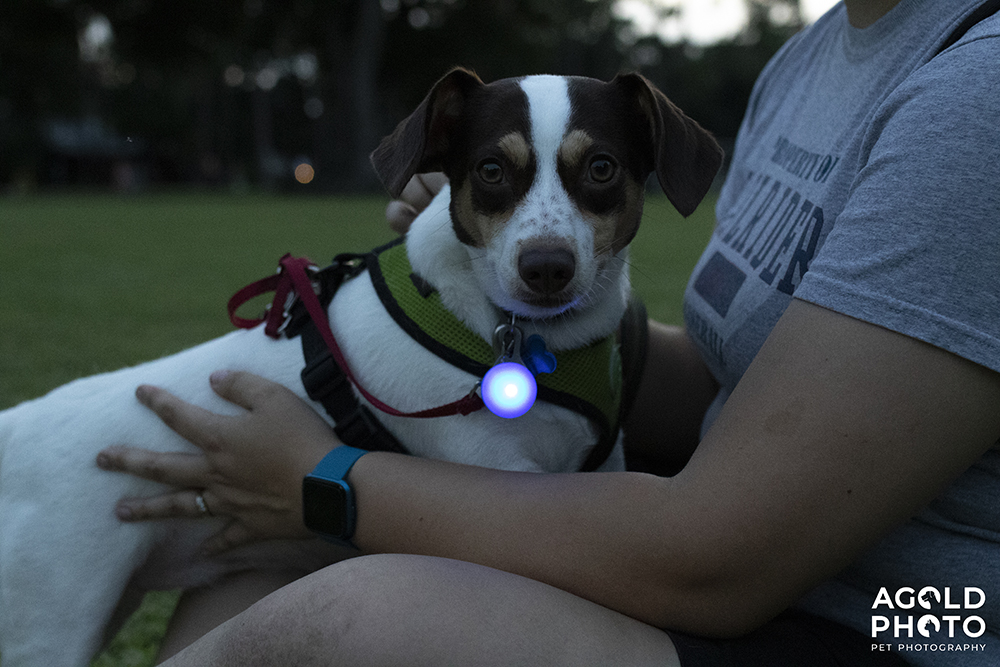 We walked around the neighborhood and the Nite Ize SpotLit Collar Light attracted a lot of attention from passers-by, which is exactly what you want when walking in the dark. 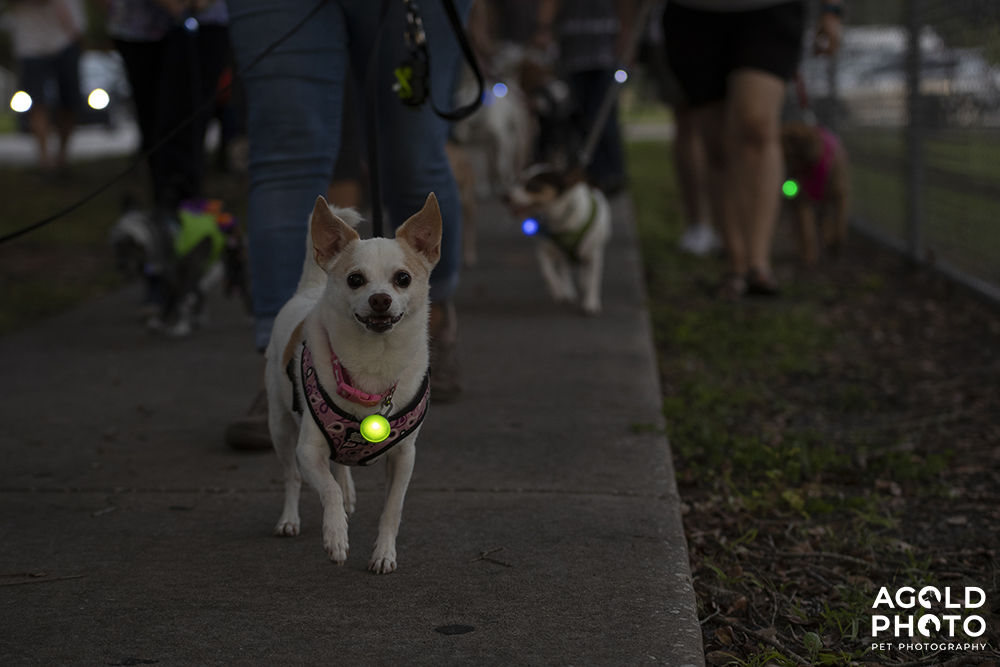 We’ve met pups in the past that need to walk at un-popular hours due t0 leash agression, so walking later at night is a necessity. Having a collar light will make those walks even safer. 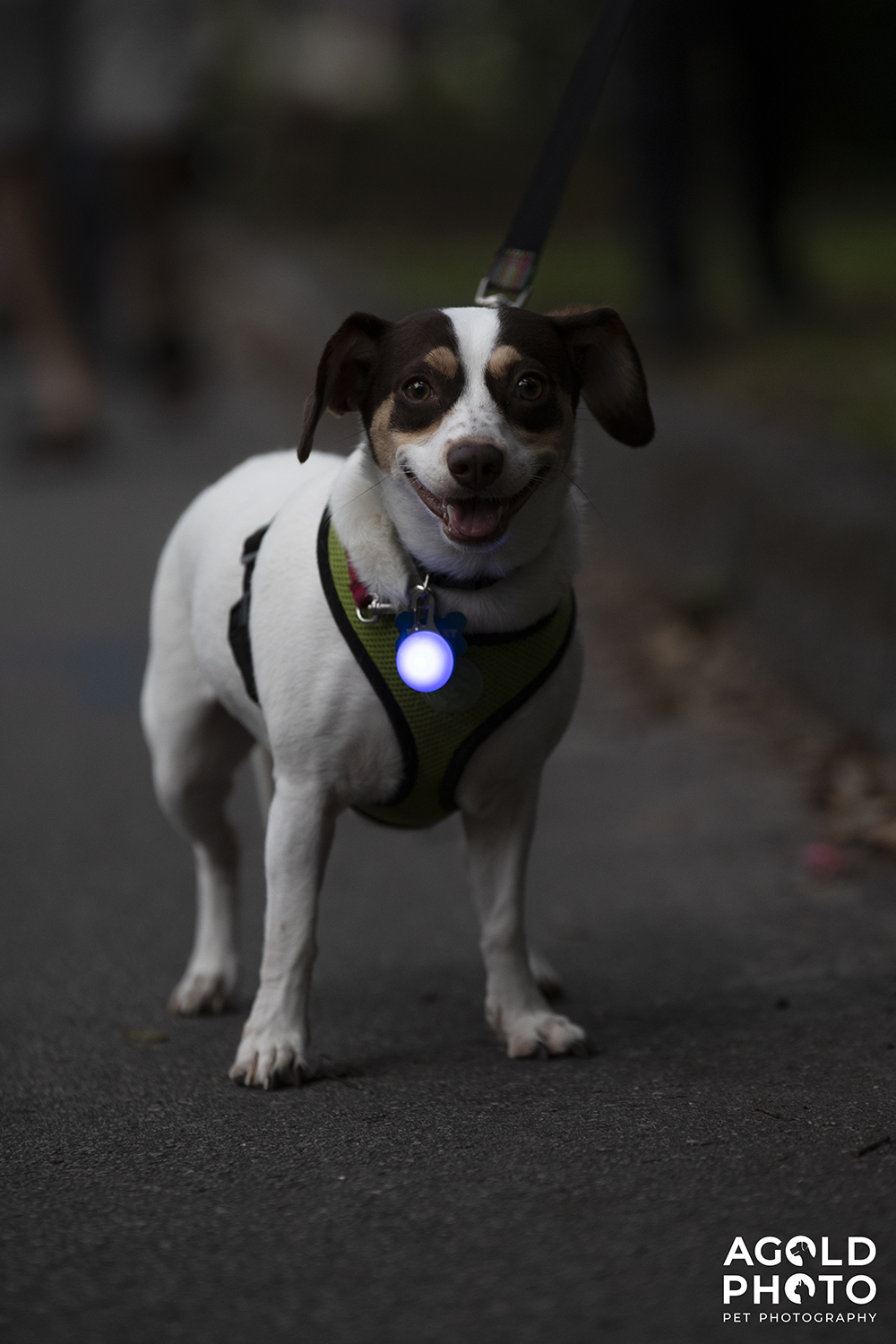 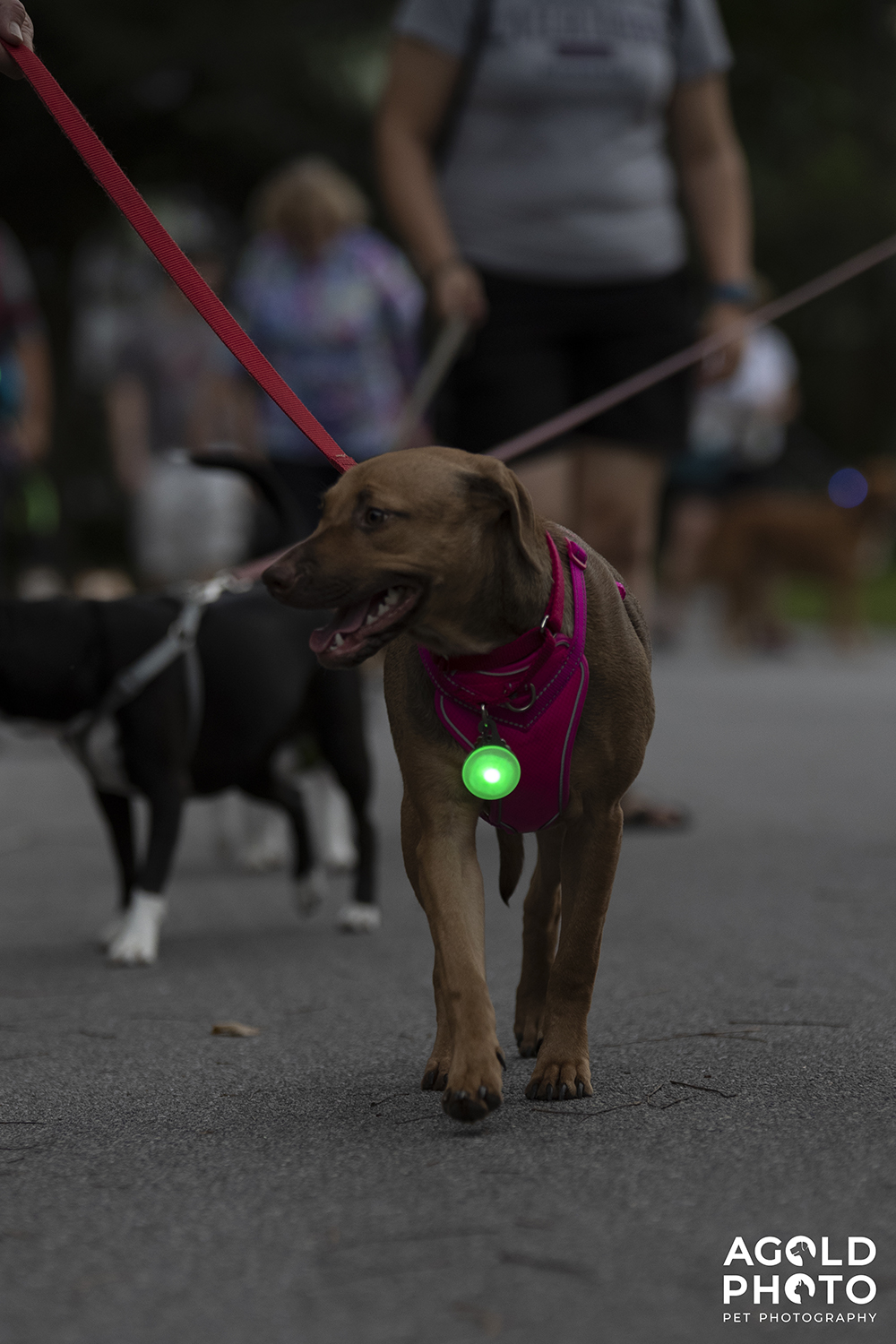 Darker dogs are especially difficult to see at night. The Nite Ize SpotLit Collar Light is necessity to ensure your night time walks are safe. 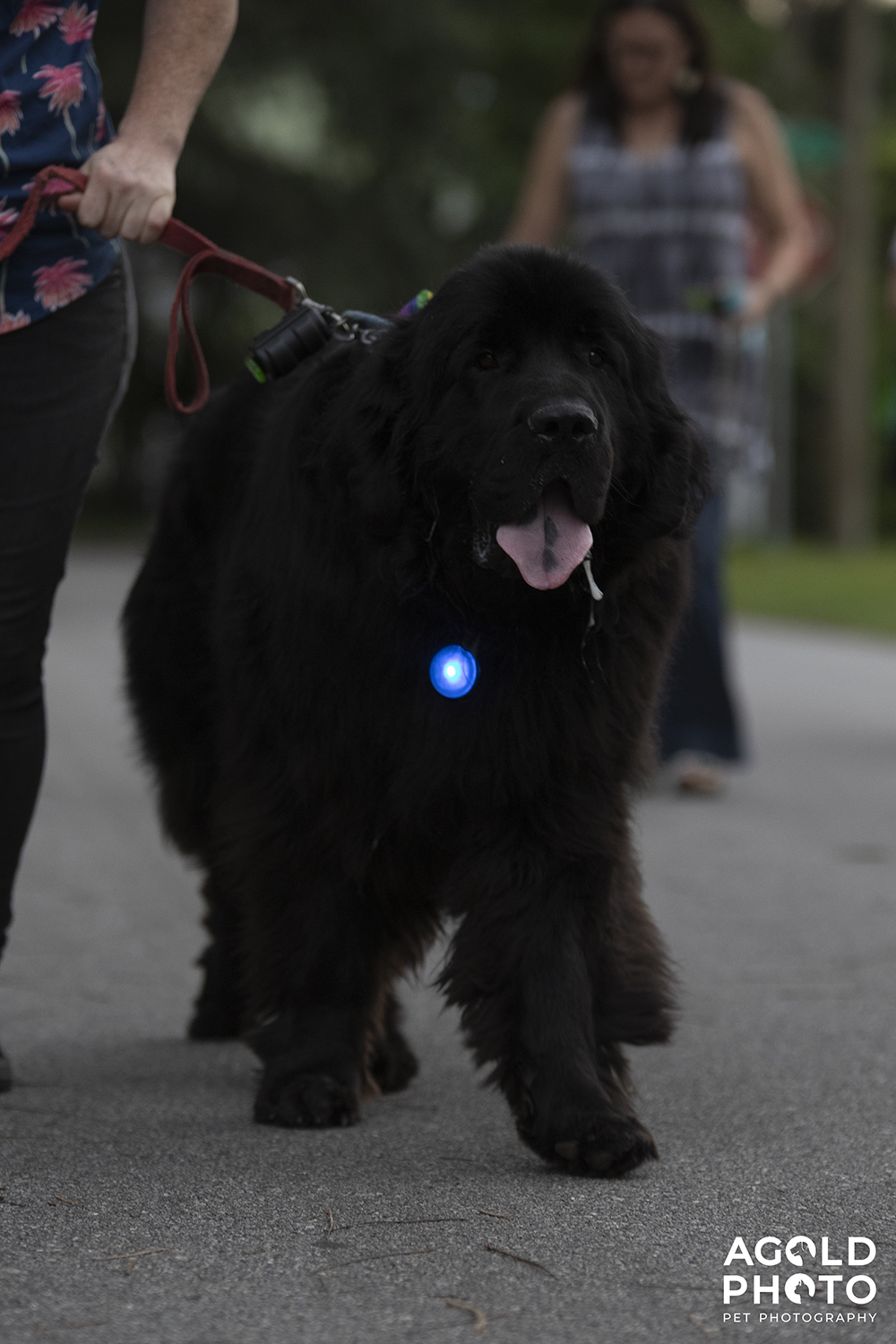 We also tested out the Nite Ize NiteHowl LED Safety Necklace, which is made with flexible polymer that’s illuminated by bright LEDs and can be recharged for hours of nighttime fun and safety. NiteHowl makes identifying multiple dogs easy with the ability to choose from one of three selectable colors (red, green, blue), plus a unique Disc-O mode. By illuminating the polymer with multiple colors at the same time, Disc-O mode creates a flowing color-blending pattern that’s as fun as it is functional. 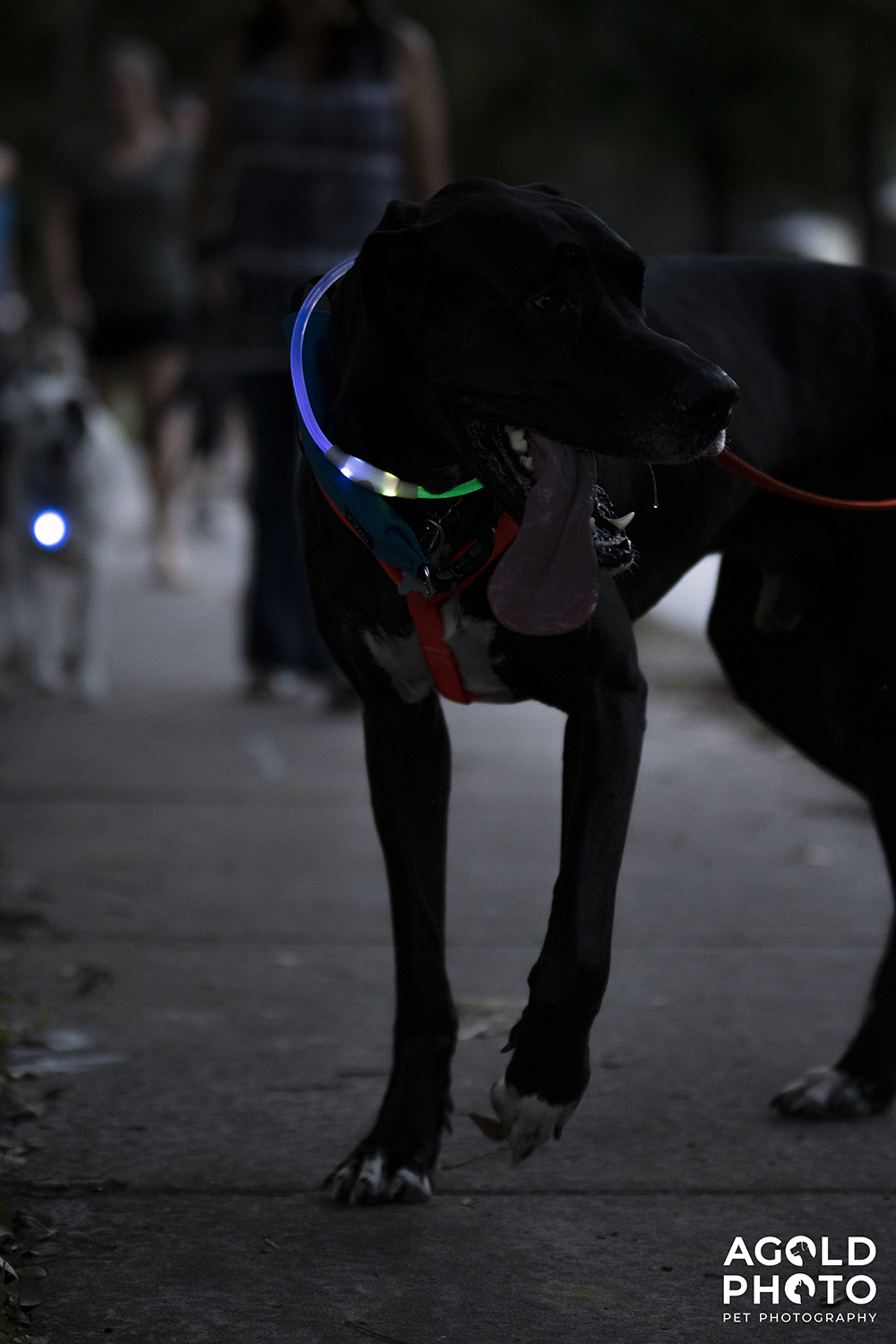 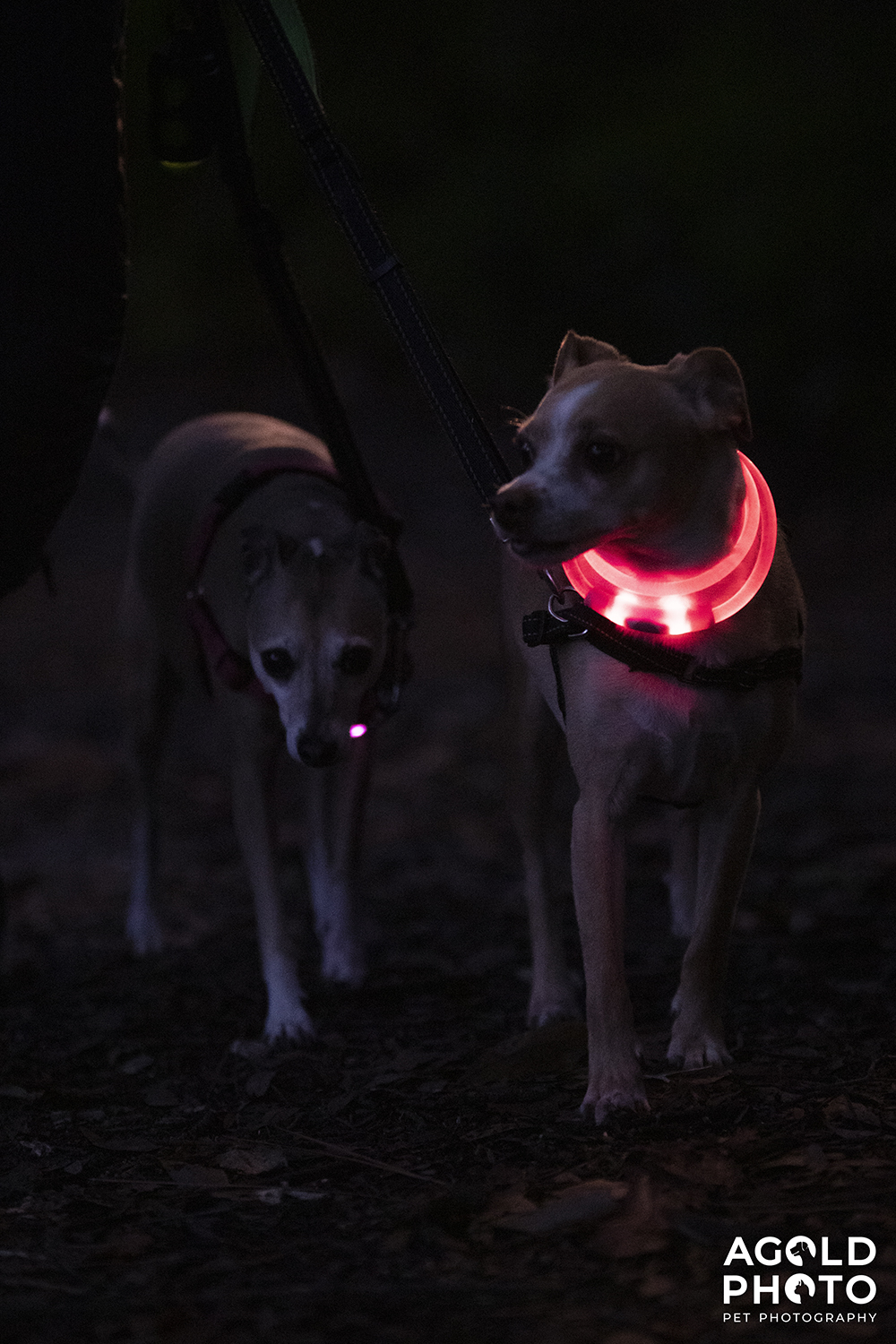 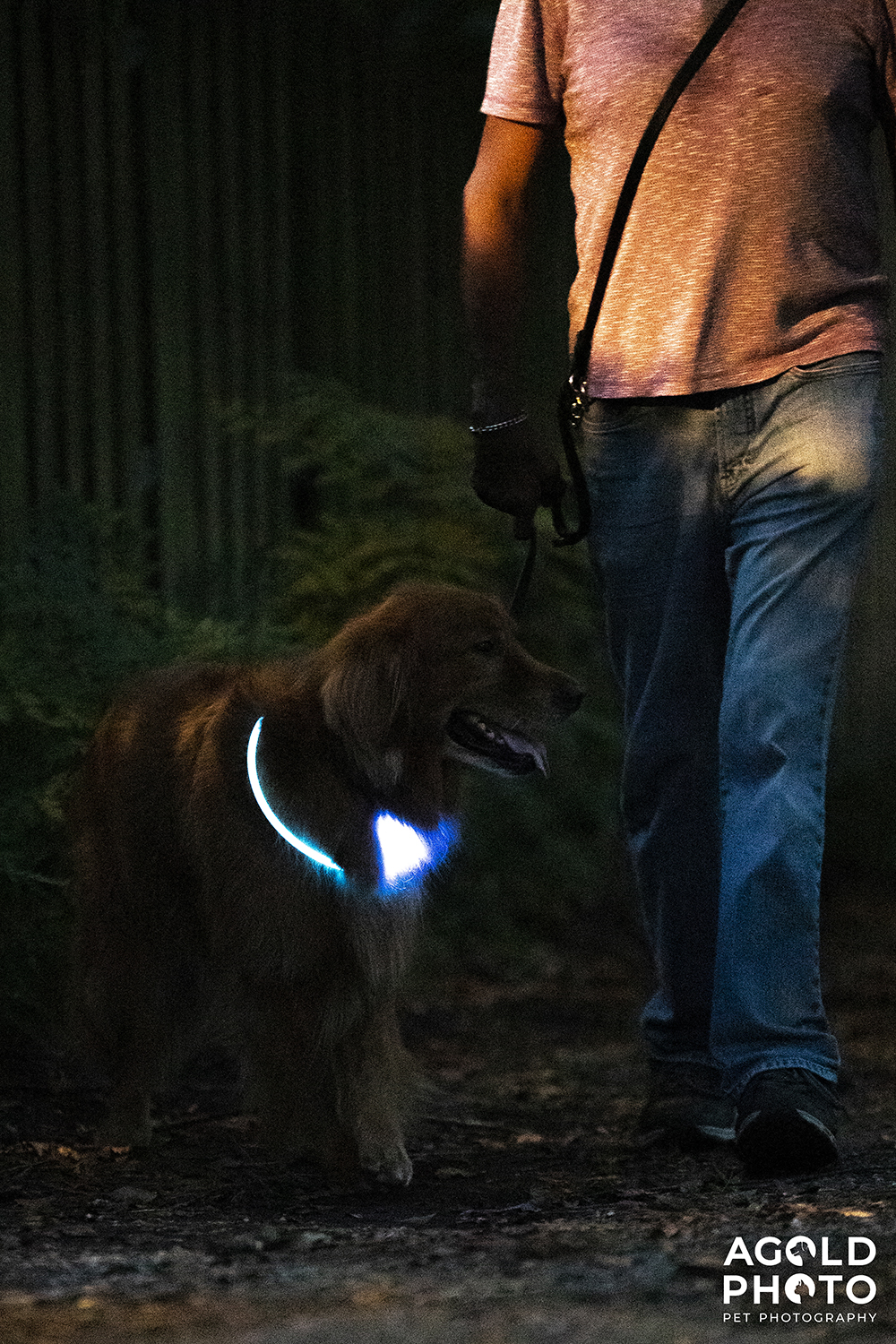 A crowd favorite during the Pack Walk was the Nite Ize Leash Lit. The Microlight will help light the path ahead and keep your favorite furry friend and yourself seen and safe. Four Gear Tie legs are attached to the bright white light, the LeashLit can easily wrap around leashes, treat bags, belts, and more to create a conveniently accessible light that is always right at hand. The design allows it to be quickly attached or removed, as well as stand on its own for hands-free lighting. Last but not least, the LeashLit will always be ready to shine a light on the inglorious task of cleaning up after Fido. 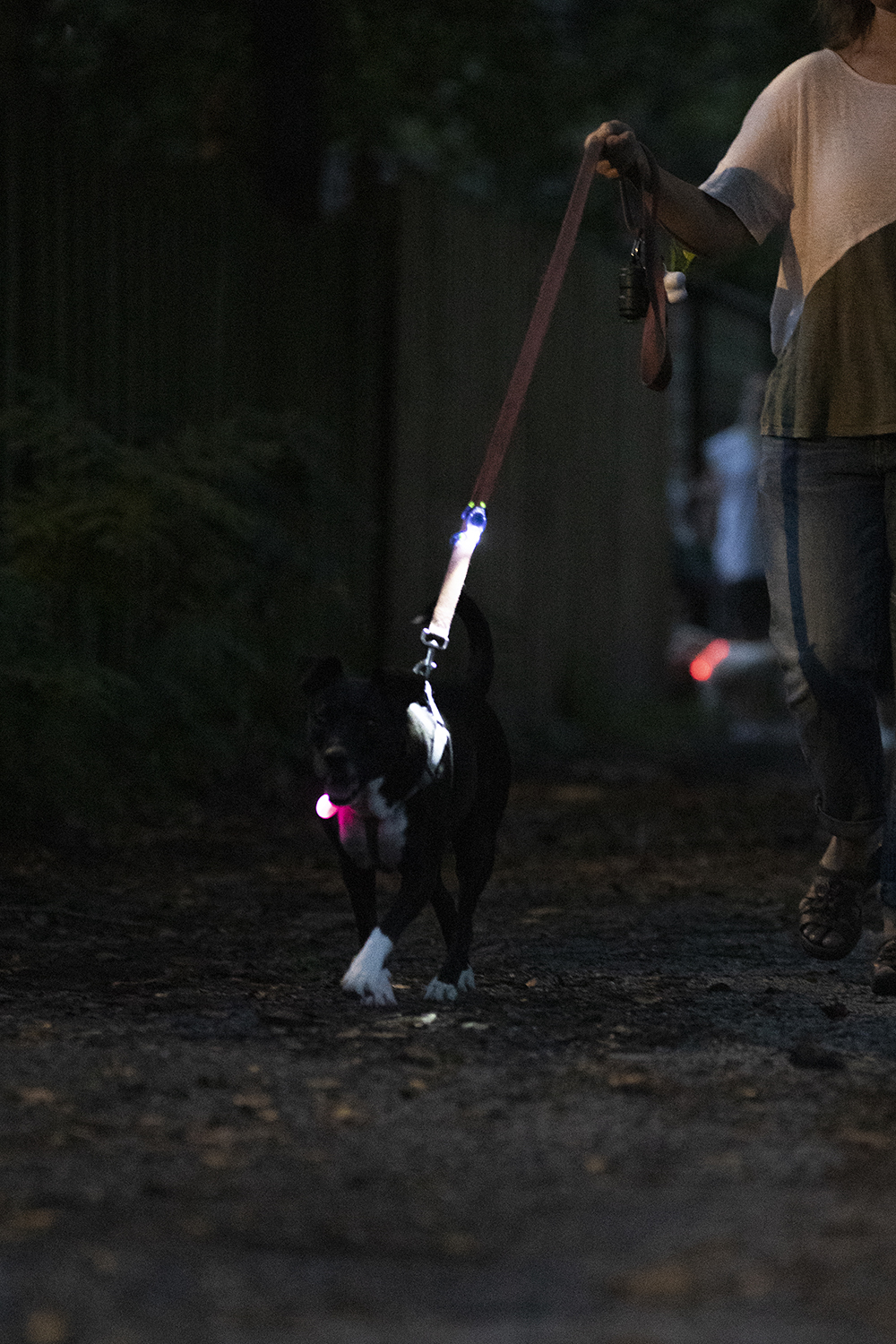 Have you tried Nite Ize LED products before? Let us know what you think.

Stay safe with your pups at night!