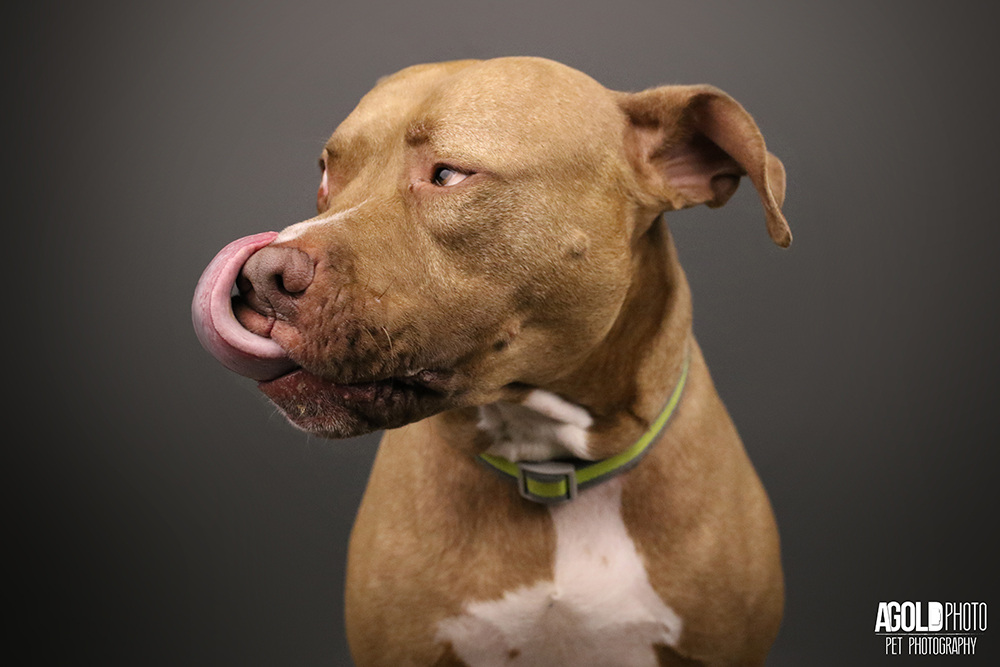 Rocco, a Pit Bull with Personality, is Helping Rally Against Breed Specific Legislation

PFPB is a 501(c)3 not-for-profit organization whose mission is to educate people about the history, temperament, and plight of the pit bull-type dog; raising awareness to rally against Breed Specific Legislation (BSL) and Breed Discriminatory Laws (BDL). PFPB’s goal is to restore the image of the pit bull-type dog to its former reputation of America’s companion animal, war hero, and family member.

What is Breed Specific Legislation?

According to the ASPCA, “Breed-specific legislation (BSL) is the blanket term for laws that either regulate or ban certain dog breeds in an effort to decrease dog attacks on humans and other animals. However, the problem of dangerous dogs will not be remedied by the “quick fix” of breed-specific laws—or, as they should truly be called, breed-discriminatory laws.”

During my 2017 Pet Photo Shoot Fundraiser Road Trip, I finally get to meet Deirdre Franklin, creator of Pinups for Pitbulls (PFBP), in Asheville, which is not far from where she lives. She travels constantly for the organization and it was by happenstance that she would be in town while I was visiting. We spent a few hours together at a brewery talking shop and planned an event together when she was in town for the Tampa Tattoo Convention.

Pinups for Pitbulls produces a pinup calendar every year and uses that as a way to raise funds and awareness of their mission. The 2018 calendar is almost ready for production, but you can apply to have your Pitbull in the 2019 calendar at pinupsforpitbulls.org when the call for entries is released.

Not only do they have a volunteer team in Tampa, but they have volunteers all over the country who setup tables at tattoo conventions and other events/festivals to meet the people where they are and spread awareness.

Rocco, a Pit Bull with tons of personality

Rocco’s owner Amanda, leads the Tampa Bay area volunteer team and he was the most photogenic of the evening. You can even see a behind the scenes video of him enjoying some Justin’s peanut butter during his photo shoot on our AGoldPhoto Facebook page. You can also follow #PitBullPictureProject to see more photos of Pit Bulls. 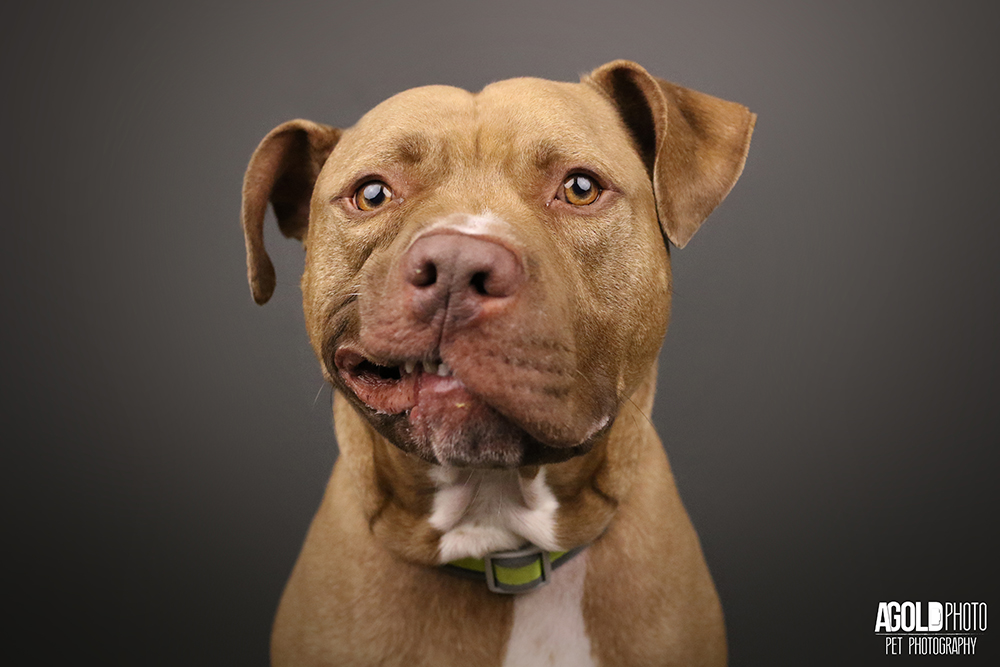 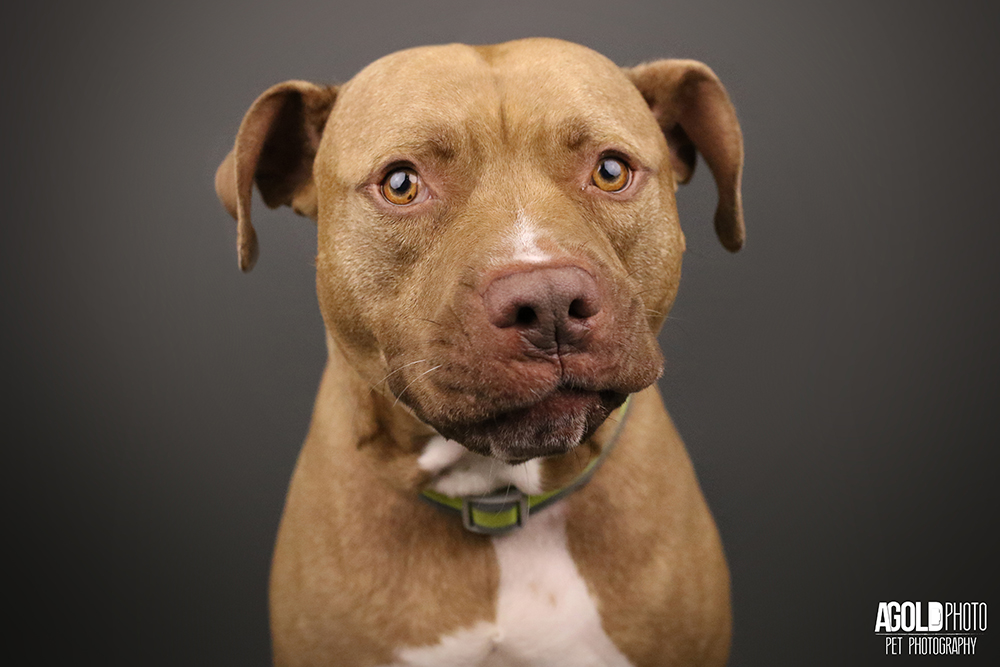 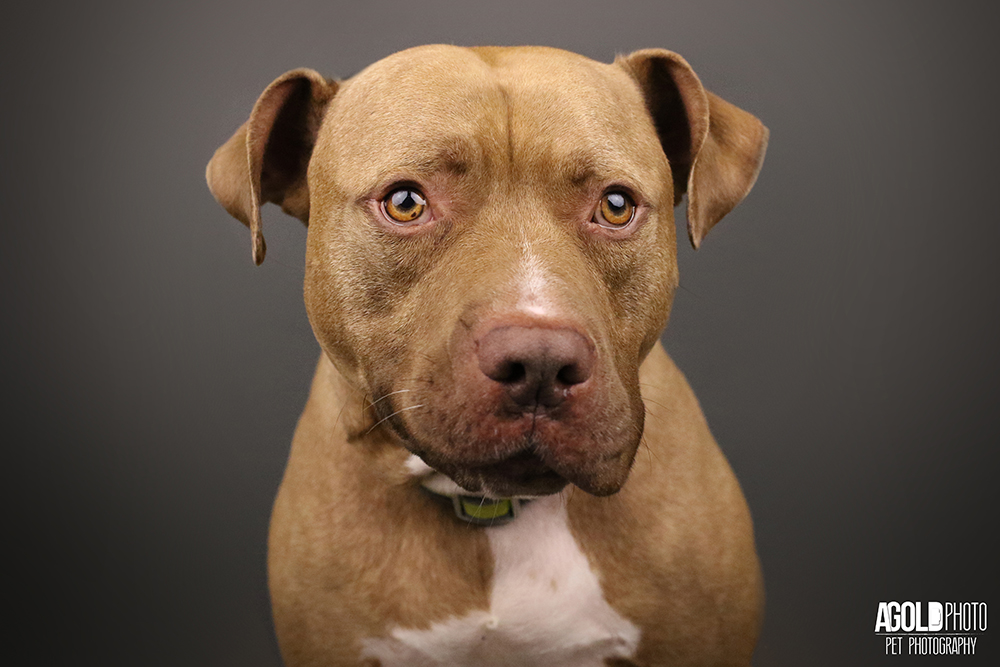 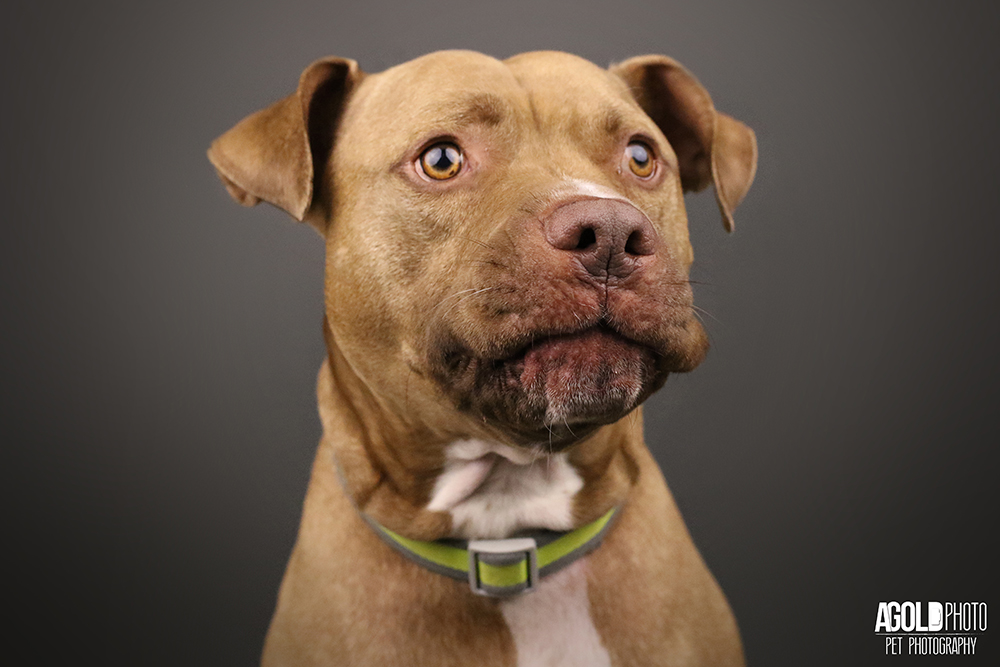 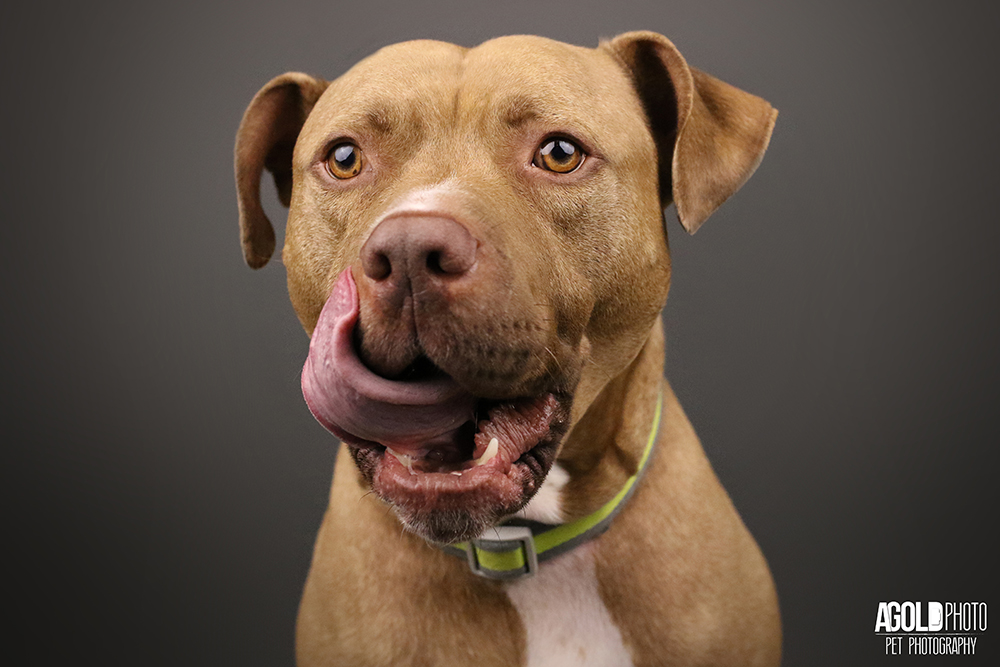 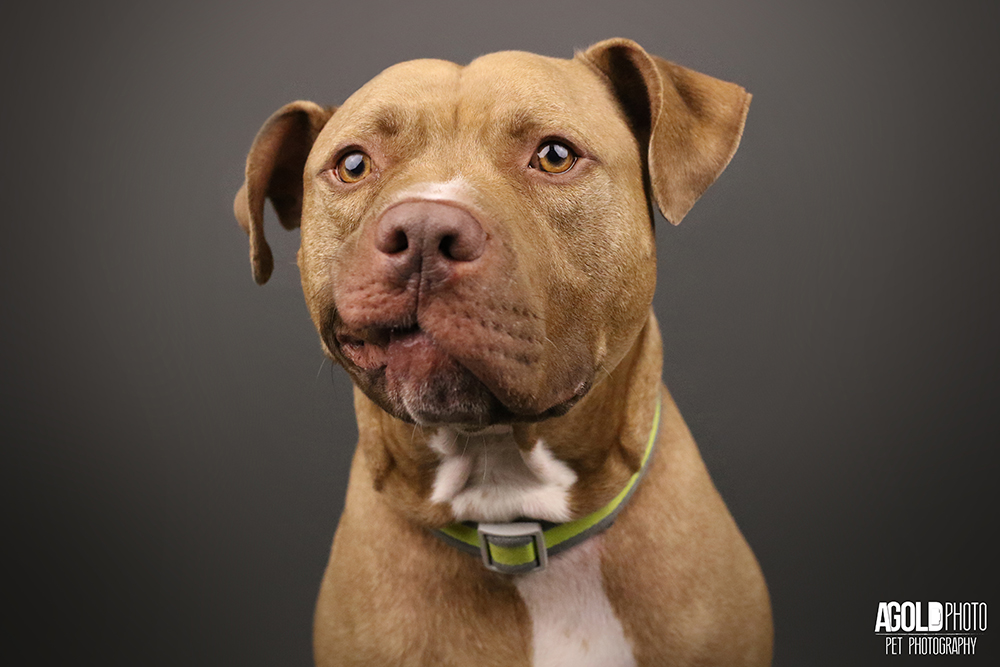 Scroll down for the crowd favorite 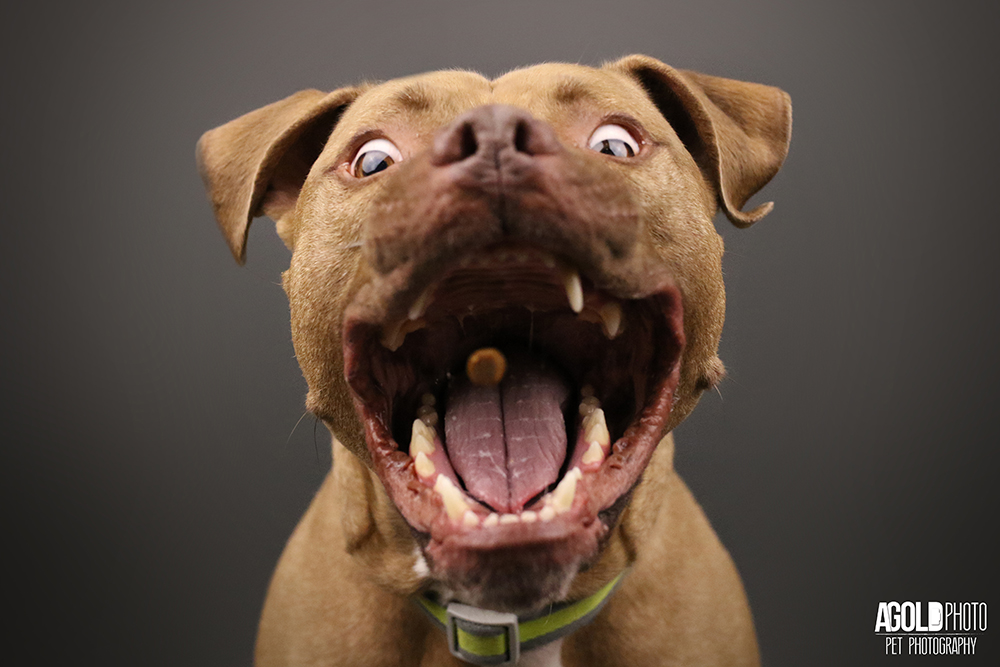