I always get asked, “what is the strangest animal you have taken photos of?” My answer before this was a pair of hedge hogs, but these raccoons have the hedgehogs beat. I met these two at my recent Pet Photo Shoot Fundraiser for Suncoast Animal League at Crooked Thumb Brewery. One of the volunteers also happens to do wildlife rehab and had someone dropping them off to her once the event was over. As I was packing up she asked, “hey, do you want to meet the raccoons? My answer…”Ummm. Yes!”

These baby raccoons were rescued after falling off a roof. Their rescuer found them in her yard and waited for their Mom to return. She kept an eye on them to make sure no predators got them, but Mom didn’t come back. She ended bringing the helpless raccoons inside and called for assistance.

The two babies are in good condition and are with the first rehabber. They need to be kept warm and have begun bottle feeding (see photo below) with specially formulated baby raccoon milk. Raccoons are social animals and mother raccoons are very hands on with their babies and bottle feeding is emotionally nurturing, as well as physically. The hands on bottle feeding will continue until they transition to solid food.

Once they begin feeding themselves, they will be touched less and less. In another week or two, they will go on to the next stage in their rehab process by going to a facility where they have raccoons their age where they will live in “wilding cages.” They will spend another couple of months there with very little human interaction so they can go back to being fully wild and eventually released.

The process to rehab a baby raccoon and release it back to the wild takes several months. 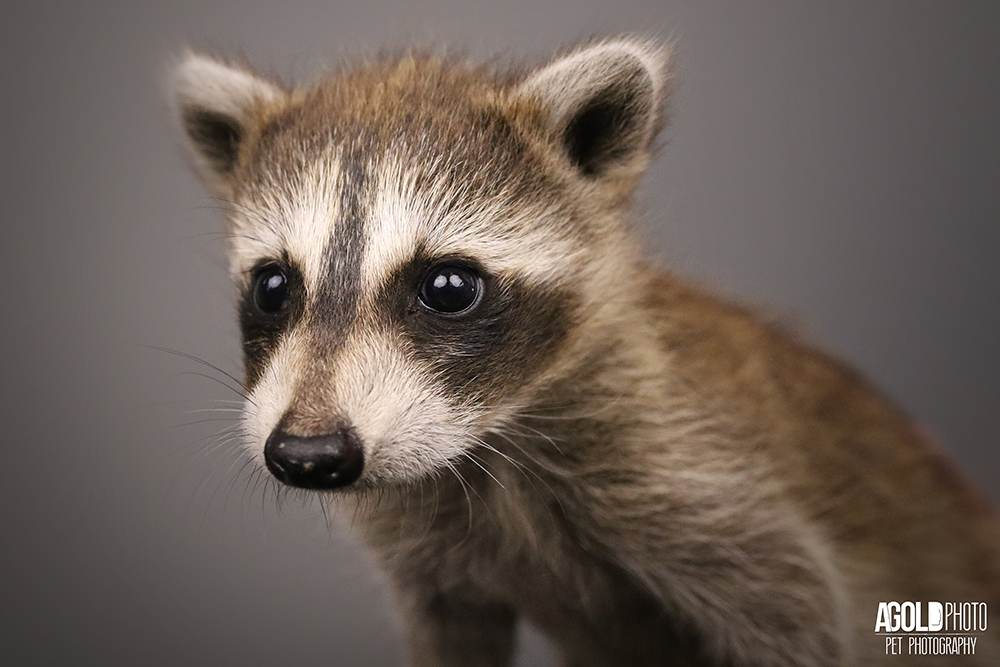 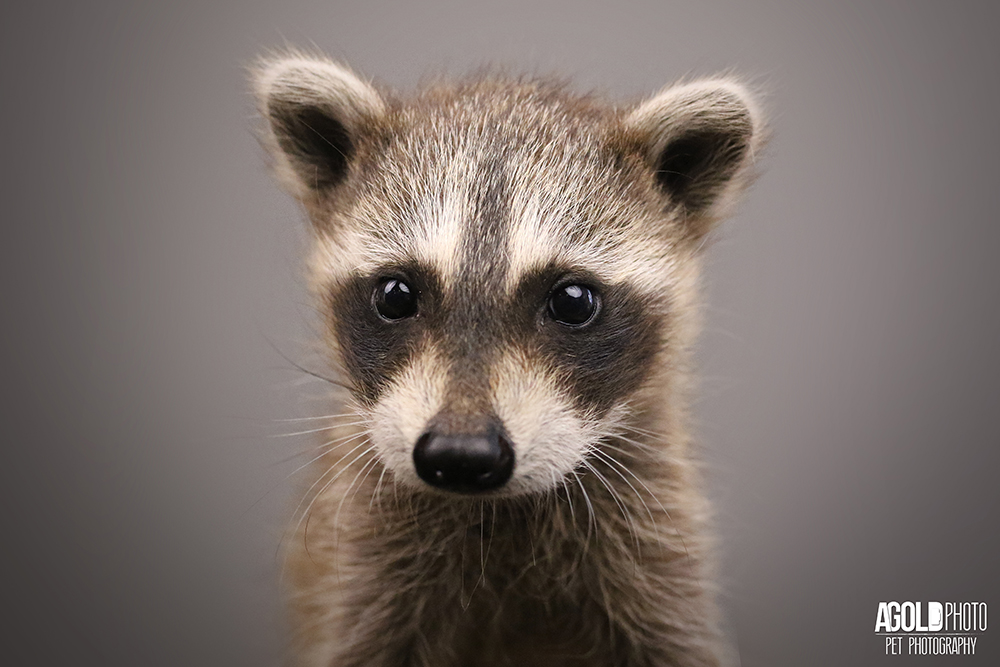 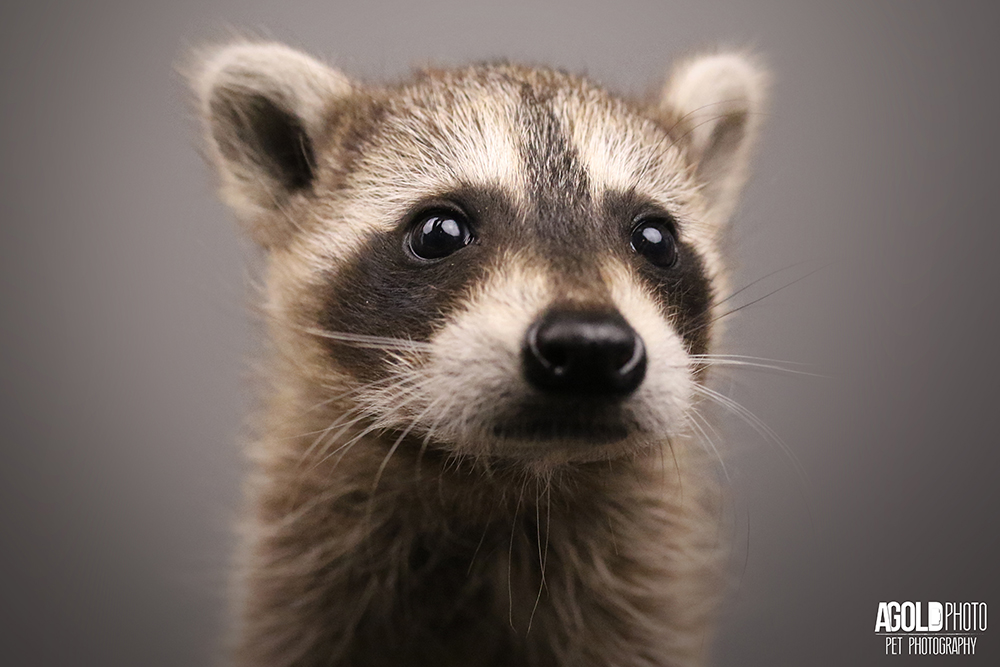 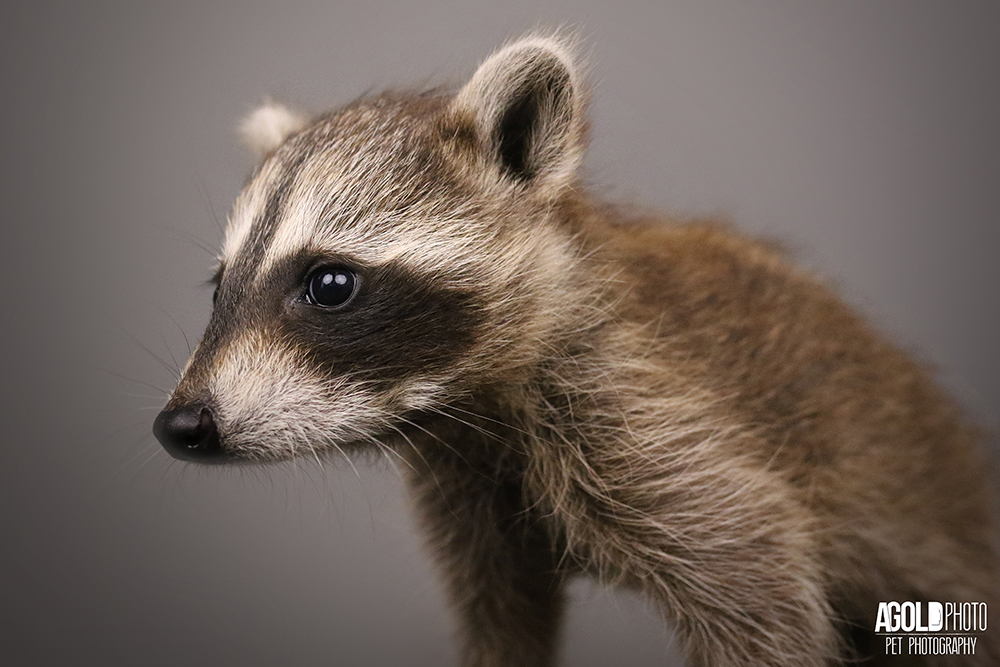 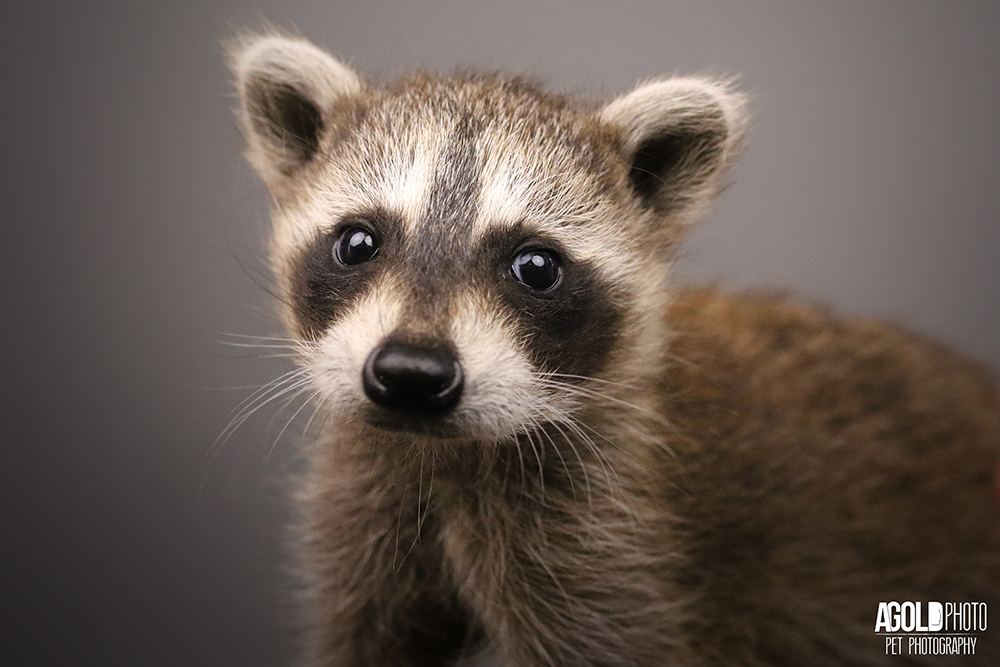 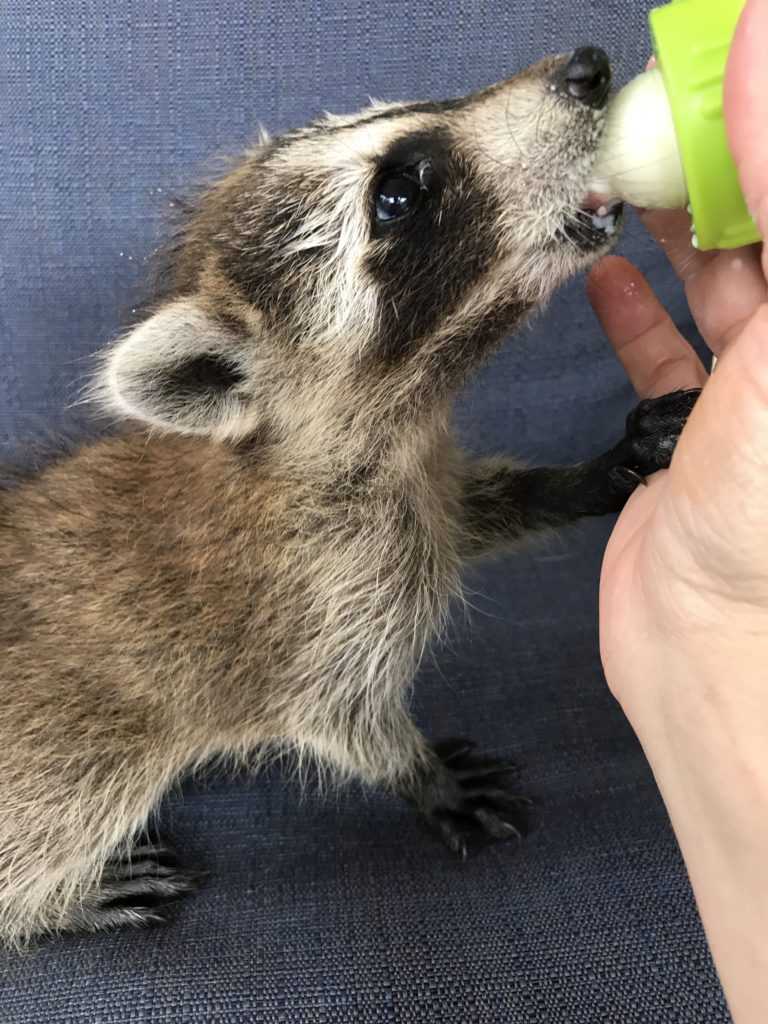 Behind the scenes photos during their photo shoot