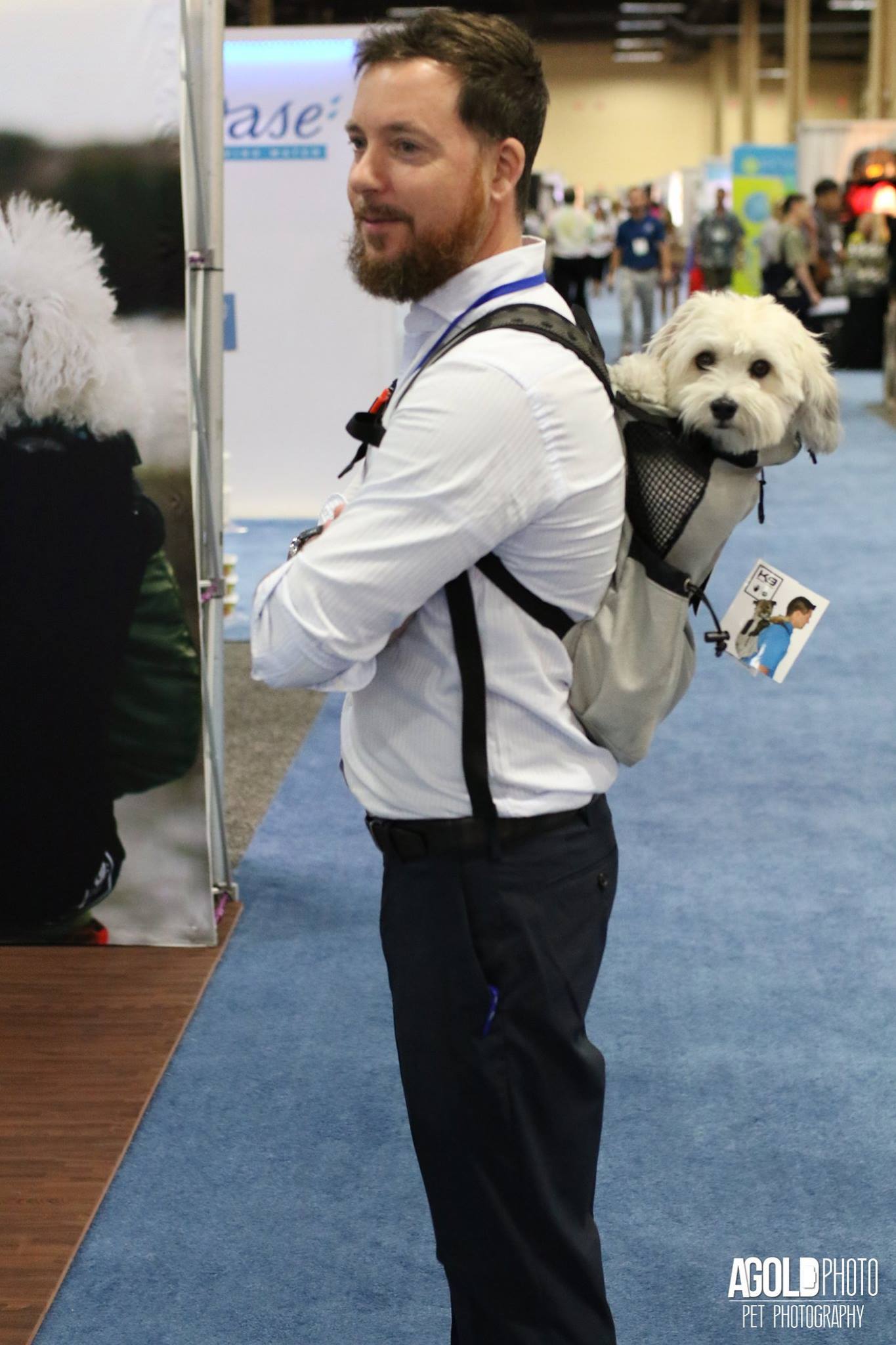 I saw a Facebook ad for SuperZoo 2017 and after looking into what it was, I knew I had to go. The last time I was in Las Vegas, I was 18 and went with my family.

SuperZoo is the largest pet industry convention in the country. The convention show floor was the size of 5 football fields and each day I was there, I walked 4 miles according to the Health app on my iPhone. SuperZoo was full of brands looking to sell their products to retailers as well as members of the press and industry guests. My friends Ben and Lisa from The Modern Paws went as well. They have a retail store here in Tampa.

Here’s a recap of some of the moments and products that stood out.

There were what seemed like hundreds of different pet food manufacturers at SuperZoo. There are so many options to choose from that I found it extremely overwhelming. I found it overwhelming before going to the show, but after seeing all the brands that are out there, I’m even more overwhelmed. What I did learn is that there are a lot of different types of food. There is kibble, freeze dried raw, dehydrated raw and many other types that I didn’t even get to see. If you are curious about your pet’s nutrition, I highly recommend watching PetFooled on Netflix.

Just to give you an idea, I posted this video of the Blue Buffalo booth, which is WAY bigger than my apartment.

Treat manufactures were a plenty at SuperZoo as well. One that stood out was Treatibles, which are non-toxic, plant-derived wellness chews infused with non-psychoactive hemp derived CBD. These are NOT medical cannabis for dogs. They also stood out because they have a partnership with the Villalobos Rescue Center in New Orleans. You may recognize the name because they are featured on the popular TV show, Pit Bulls and Parolees. I am hoping to partner with them, both Treatibles and Villalobos rescue center for my Pit Bull Picture Project.

Most of my Pet Photo Shoot Fundraisers are at craft breweries and I figured that Beer Paws would be a great partner. They take spent grain from the brewing process and make treats out of them. They already partner with 50 breweries to make treats and I’m hoping use my network to make treats and raise money for shelters. More info on that soon.

Toys were everywhere and some boasted unique features to set themselves apart from the rest. I found an ultrasonic toy that didn’t make a noise when it squeaked. If you’re a pup parent and hate the squeaker, this may be for you.

Rigby and Bee tend to push their bowls around and make a mess on the floor. Ono is a bowl with a rubber placemat that prevents that from happening. This was one of my favorite products at the show.

Rigby and Bee don’t always get along with other dogs, but the K9 Sport Sack may be a great way to bring them places without having our arms involved. They are also working on some ideas to raise money for rescues and shelters, so stay tuned for that.

SuperZoo also has a gigantic grooming competition. The grand prize was $10,000! One of the side competitions was called Rescue Rodeo, where groomers from all over the world competed using rescue animals.

I would also like to give a special shout out to my treat sponsor, Kelly from Einstein Pets. They provide the heart shaped treats for my treat catching photos. Kelly let me keep my camera bag in her booth during the show. It was lifesaver because the bag is very heavy. Thanks Kelly! We also did a video where we talked about our partnership. You can view that here.

There wasn’t as many dogs at the show as I thought there would be, but I did post some albums from the ones I did meet. I even met Manny the Frenchy and Bruce the Bat Pug.

SuperZoo was an amazing experience and I have about 50 brands to follow up with. I looked for unique brands where a pet parent might say, “Wow, I didn’t know that existed, but I want that!” I’d like to partner with them to share what I am working on and to offer their products as raffle prizes for my Pet Photo Shoot Fundraisers and the Pit Bull Picture Project. I met a ton of new people and have a lot of networking to do.

The next pet industry expo I’ll be attending is called Global Pet Expo in 2018 and that’s in Orlando. Now that I know what to expect, I’ll have a much more comprehensive plan at that show.

I hope you enjoyed this recap and getting to see what most non-retailers never see.

Categories: Behind The Scenes Event