No dog belongs without a home, let alone for over a year. River was found in the woods of Georgia with his 3 sisters and were transferred to Friends of Strays Animal Shelter in St. Petersburg, Florida. I met River at a Photo Shoot Fundraiser I hosted at Pinellas Ale Works. I host similar events to help raise money and awareness for shelters and organizations across Florida.

The trio were dirty, severely underweight, and terrified of people. It took a while to gain their trust, but slowly his sisters began to come around. Treats and lots of yard playing helped them with all the of the new changes in their lives.

His sisters tended to pick on him since he was the smallest. Months passed and his sisters got adopted while River got bigger and bigger. His nervous demeanor caused people to look past him.  River wasn’t a puppy anymore and there was less interest in him.

River was sent to a foster home and he learned about life in a home and he bonded with his foster family. He is back the shelter now, and is still slow to gain trust with new people, but he has made a lot of progress.

Mostly a goofball, he loves to play and if he can’t do that, he will snuggle up close. Get on his level, and he will climb right into your lap. The right family for River will need patience to gain River’s trust. They would be lucky to bring him into their home and see how much joy he would bring them.

If you are interested in adopting River or learning more about Friends of Strays, please visit their website. 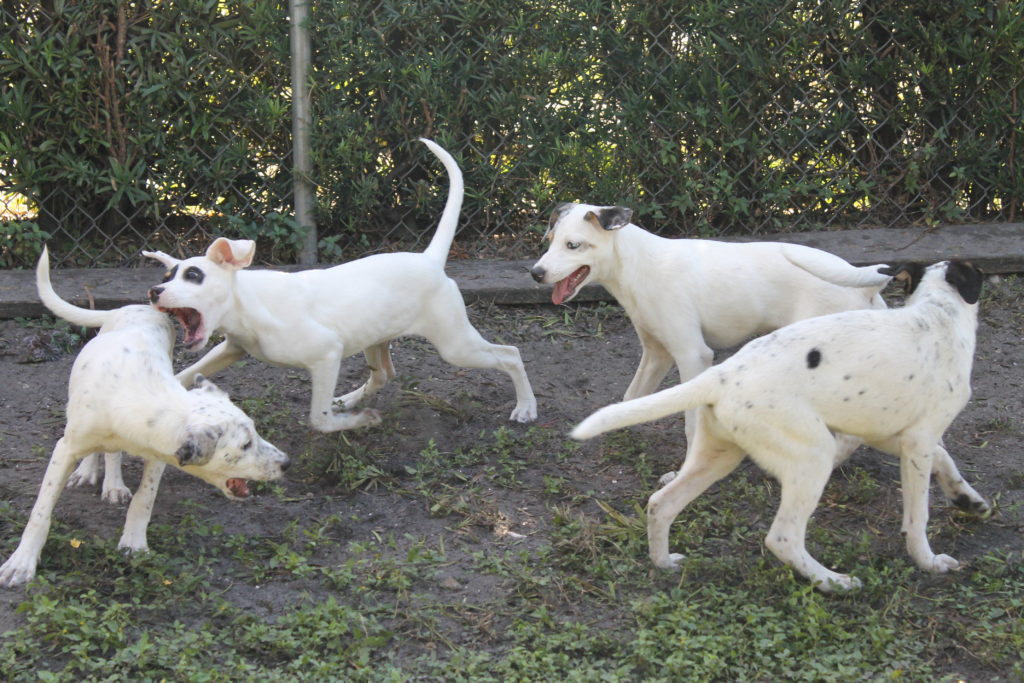 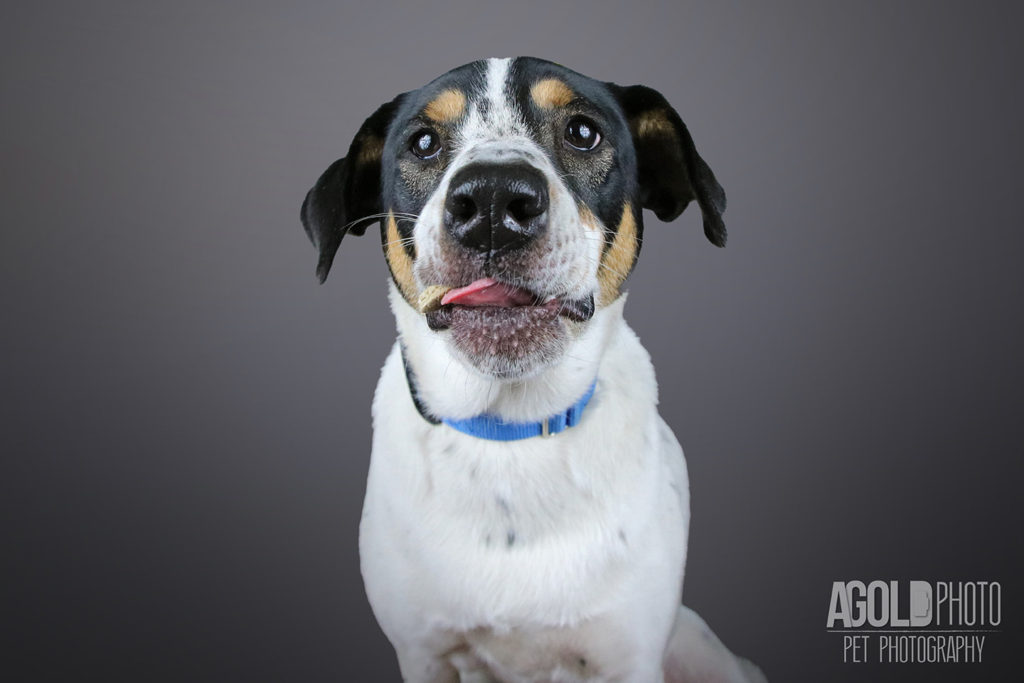 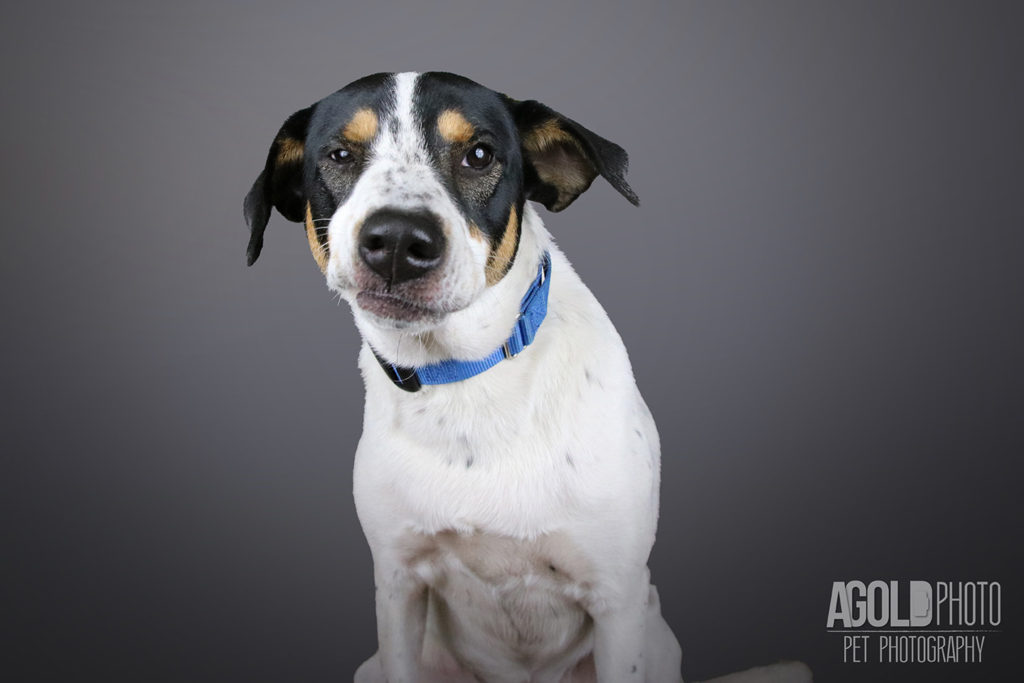 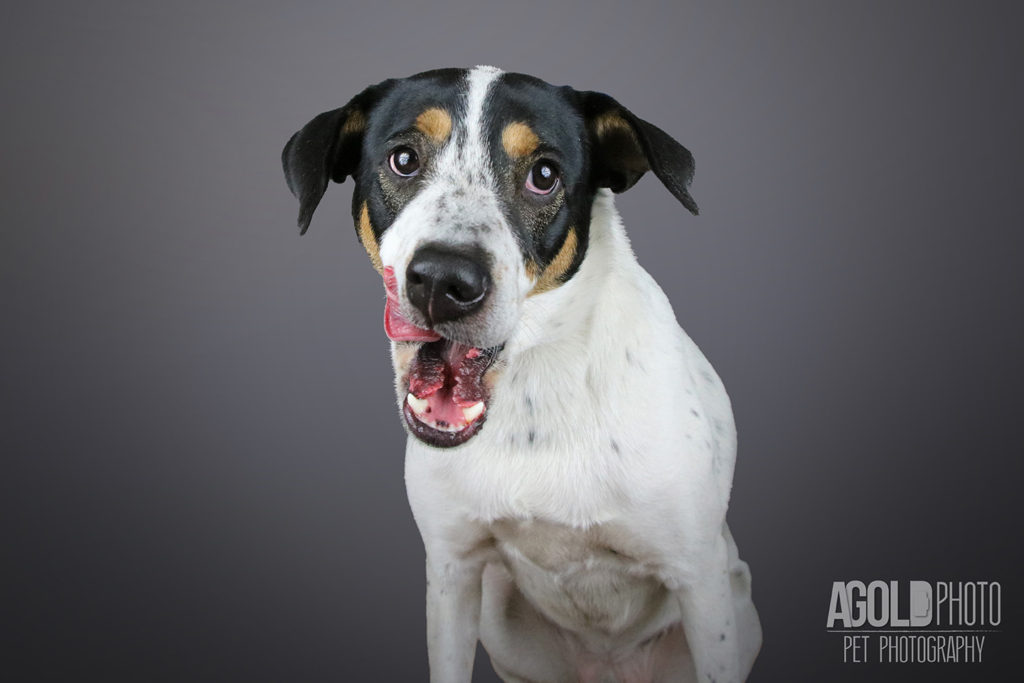 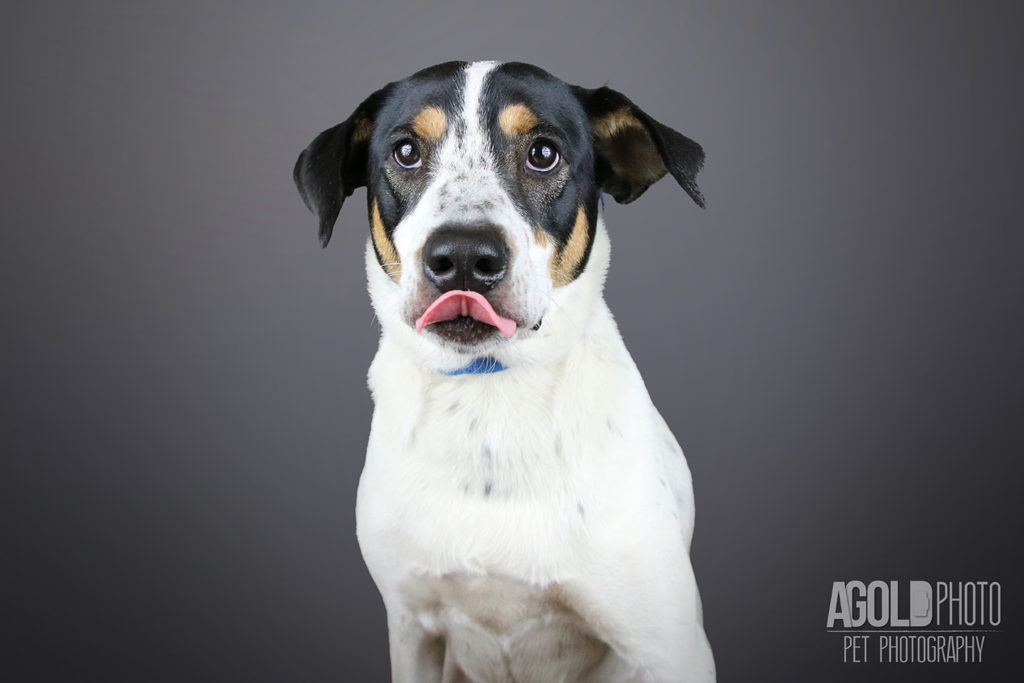 Valentine, a Pit Bull with a Very Special Job