Disclaimer: This post is going to be one of my longer ones to date, but I promise, if you stay with me through the end, it will be well worth it.

“Is That a Dog in Your Lobby?”

Traveling can be stressful, we all know that, but the Aloft Hotel in Asheville, North Carolina has solved that problem, over 60 times since 2014. Reducing the stress associated with traveling has been an indirect benefit of this program. Guests are more relaxed and easy going.

Even before I can tell you what having a dog in your hotel lobby is about and how it got there, I have to tell you how I almost missed the opportunity to tell this story all together.

“Summer is Great for Road Trips”

Said everyone, ever! I had some extra time off from work and I wanted to take a road trip, a road trip of all road trips…with Rigby. I have friends in NY who are always down for a road trip, so they were my target travel buddies. Even before I pitched them on the idea, I started researching cities. To increase my chances of them saying yes, I knew it had to be somewhere in the middle of NY and Tampa. After trying to decide between Asheville, NC and Charleston, South Carolina. I picked Asheville.

After a series of texts, my friends told me they weren’t able to go, but after doing the research, I still really wanted to make the trip. It didn’t take long to realize that Asheville is pet friendly, has great food, welcoming people and amazing beer. I booked a hotel and posted on Facebook asking for recommendations on what to do and see in this food, beer and dog friendly mecca, so I could start planning my trip with Rigby. 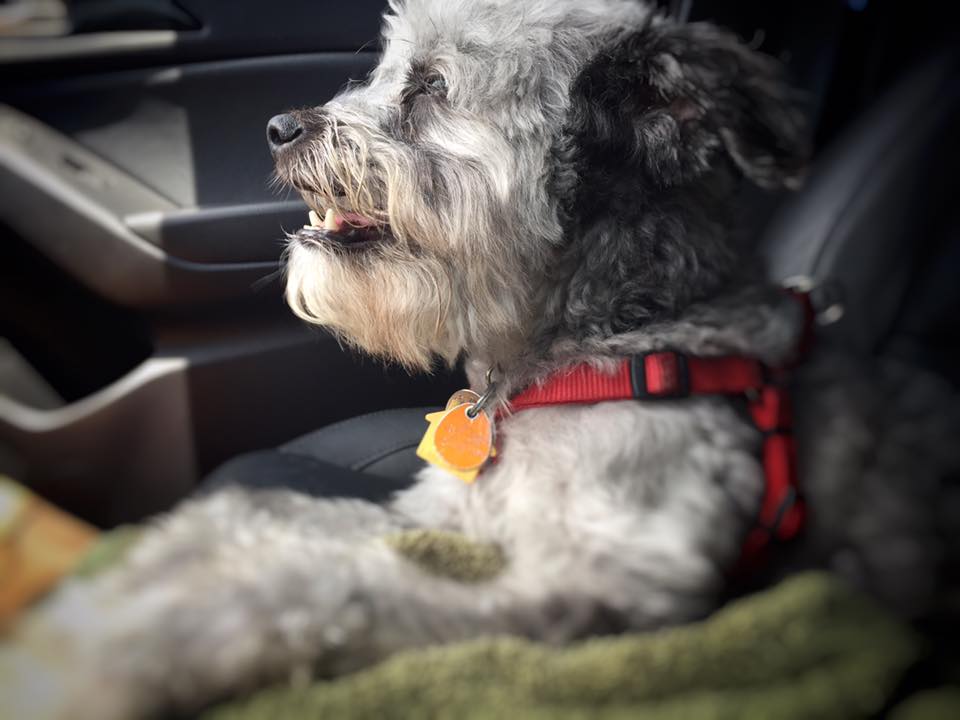 My dog Rigby’s sheer joy on the way to Asheville

A friend of mine works for a hotel management company (McKibbon Hospitality) who manages hotels across the country. One of the hotels they manage is the Aloft Asheville Downtown. She told me about the hotel and their partnership with Charlie’s Angels Animal Rescue. This story has been covered in People Magazine, The Washington Post and NBC Nightly News to name a few. She asked if I wanted to tell the story and take photos at the hotel since I was going to be in Asheville. My response?…Ummm YES!

My friend connected me with the Aloft Asheville Downtown Manager. We initially spoke on the phone and he mentioned that there have been numerous hotels, shelters and rescues that have contacted him to see how they could do something similar. I told him that the angle of my story was to, not only tell their story and take photos, but I wanted to help other organizations and hotels foster dogs too.

I heard about this story when I was working for the Humane Society of Broward County, but we never got to implement it. The hotel manager, the President of Charlie’s Angels Animal Rescue and I are now on a mission to help as many hotels and rescues do the same thing.

“Sorry, there won’t be a dog at the hotel when you get there”

What?!? Shame on me for asking this, but when I connected with Kim initially, the President of the rescue, I asked if there was a chance that there wouldn’t be a dog at the hotel when I got there. She said, “Yes, there is a chance.”

This is where the story gets intriguing!

I was originally slated to go to the hotel on Sunday, July 3rd and my initial plan was to drive straight from Tampa to Asheville on Saturday July 2nd, get settled in and then go to the hotel the next day. My mom (hi Mom) suggested I spend the night in a hotel on the way to break up the drive. “Honey, I’m a little concerned about you driving all that way without stopping.”

Well, I really owe her for making that suggestion because the dog who was at the hotel was adopted and his new family was driving up from 5 hours away to bring him home. They met him when they were staying at the hotel a week earlier. I got the email that night when I was already in Atlanta. No biggie, I figured I would just go to the hotel on Saturday instead.

I didn’t stay at hotel, but I did stay with an old friend from high school who moved to Atlanta. When I asked her if I could stay, she said “Yeah, no problem, but I have to be up for work at 7 AM in the morning.”

I couldn’t complain with a free place to stay. I left when she left for work and started the 3.5 hour drive to Asheville. I was about an hour away from Asheville when I got another email that said, “Rusty’s new family will be here within 30 minutes, they’re meeting me at the rescue to fill out paper work, and then they’re going to the hotel to pick up Rusty.”

Ok, now I was starting to panic a little. I took a deep breath and realized that I was going to make it just in time, but only because I left at 7 AM in the morning. If I drove straight through, and didn’t stay in Atlanta, I would have missed them and only gotten to take photos of an empty kennel and the hotel wasn’t sure when they were getting their next adoptable dog.

I couldn’t believe it, everything aligned perfectly and once I sat down with the hotel manager, I learned that, of all the stories that have been done about this partnership, no one has been able to capture a dog going home with their new family.

I arrived at the hotel at 10:30 AM, just in time to meet Rusty’s new family. They even waited a few minutes for me to park, but they were anxious to get home and get Rusty settled in.

Ok, now to the good stuff. Photos of Rusty! If you’re a hotel, rescue, shelter or any other type of business, after the photos you’ll learn how you can run a similar program. 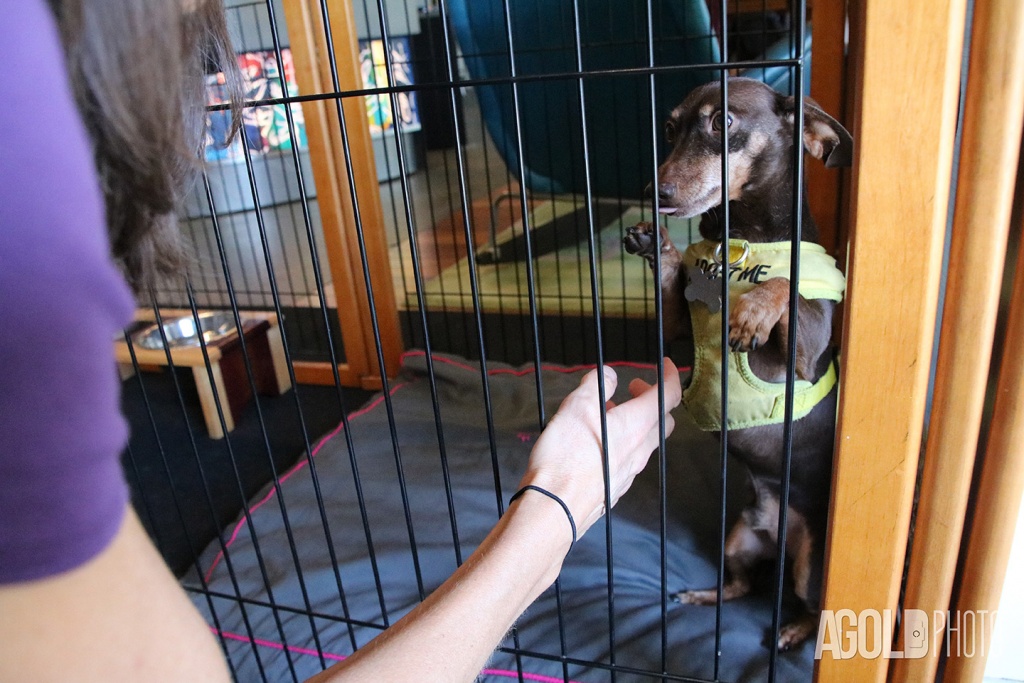 Rusty’s New Mom Getting a Feel for Rusty 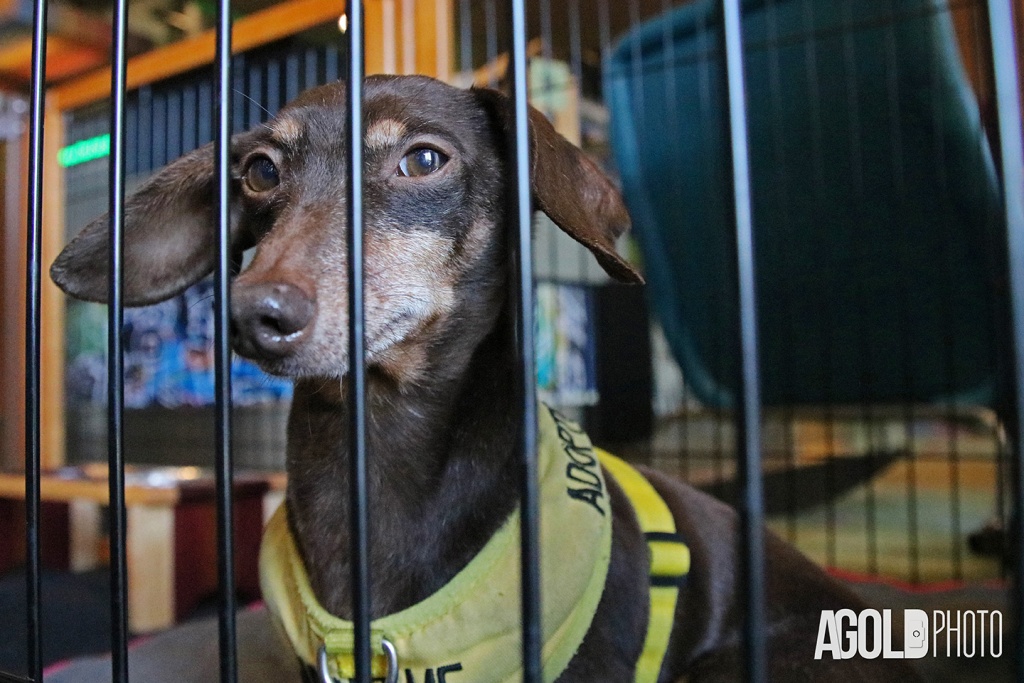 Rusty’s version of puppy dog eyes, it’s “his version” because he’s 9 years old and not a puppy anymore 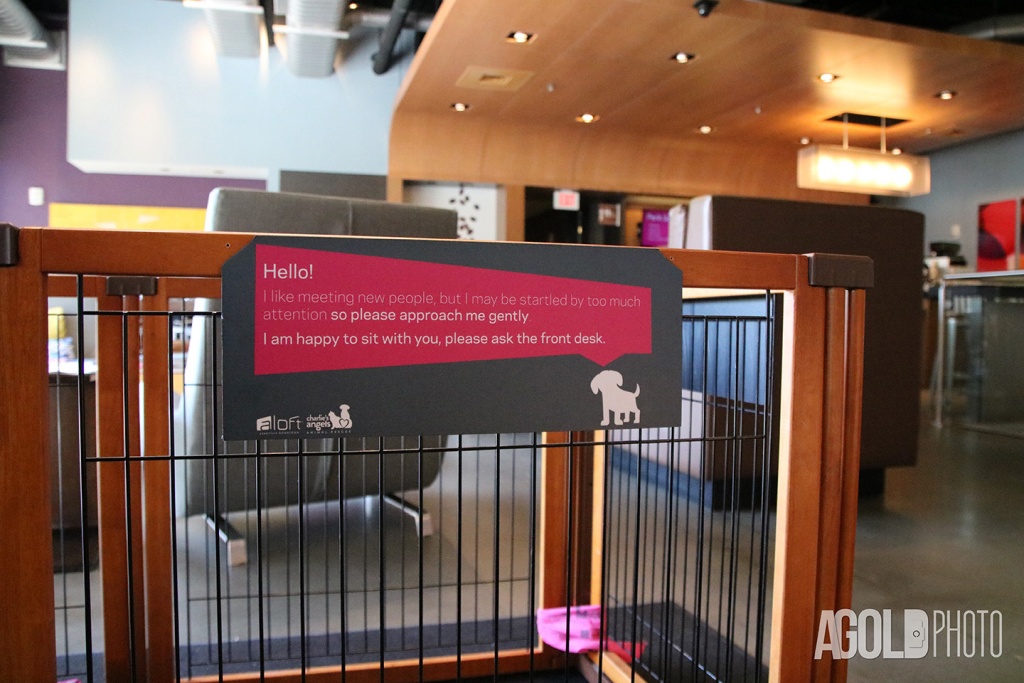 Signage on the kennel, written in the voice of a dog 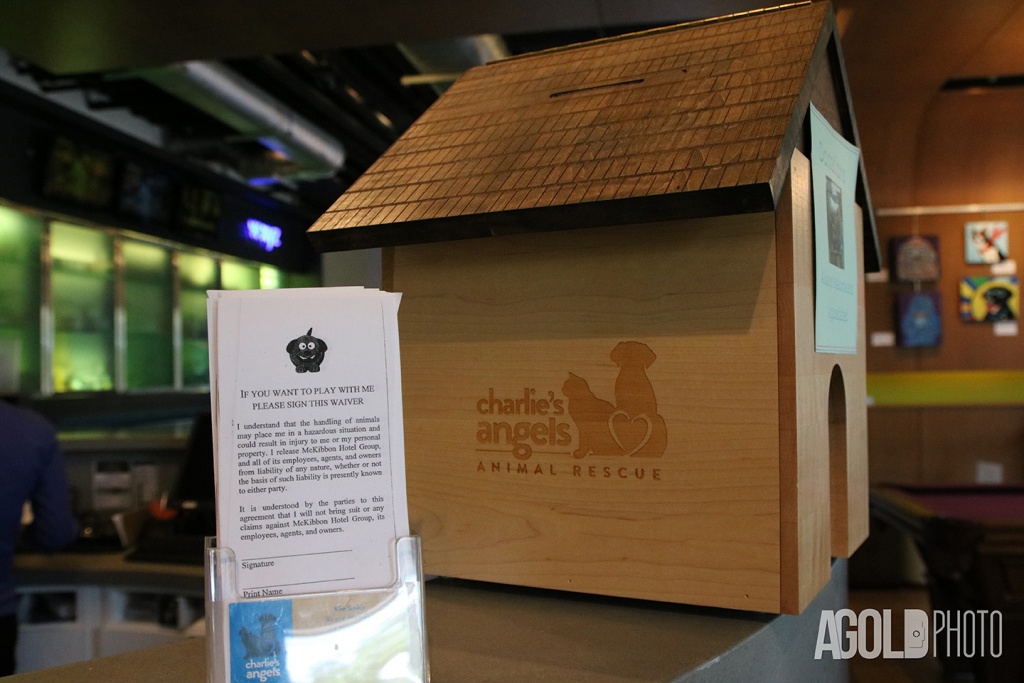 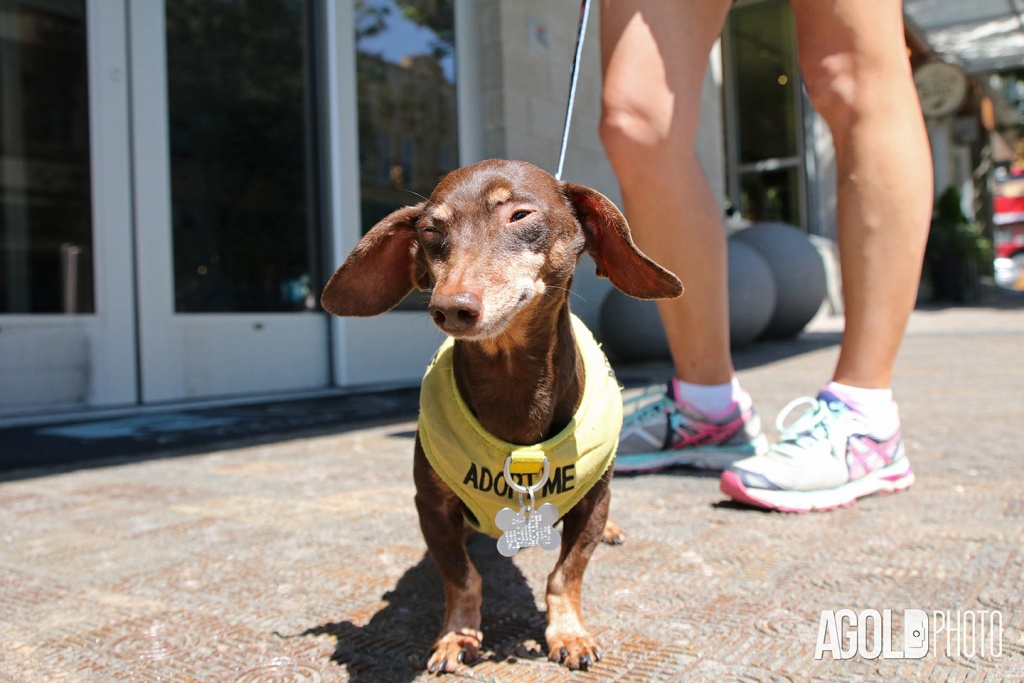 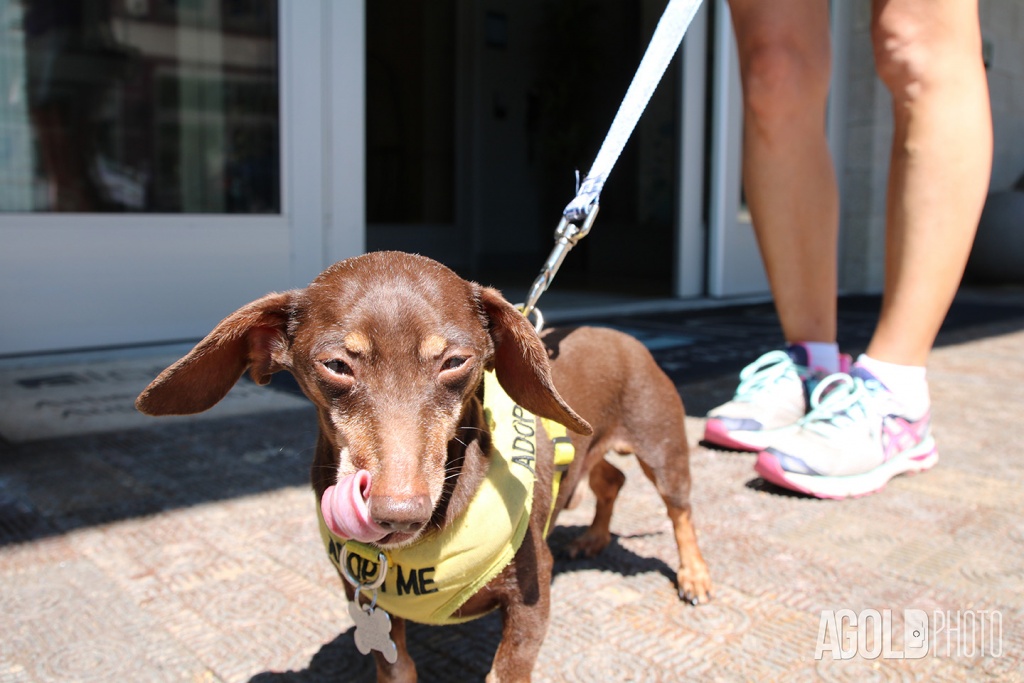 What you’ll see below is the reason why you read this entire post. Kudos! Mary, Rusty’s new Mom, couldn’t wait to send me photos of Rusty settled in to his new Cary, North Carolina home.

Photos of Rusty in His New Home 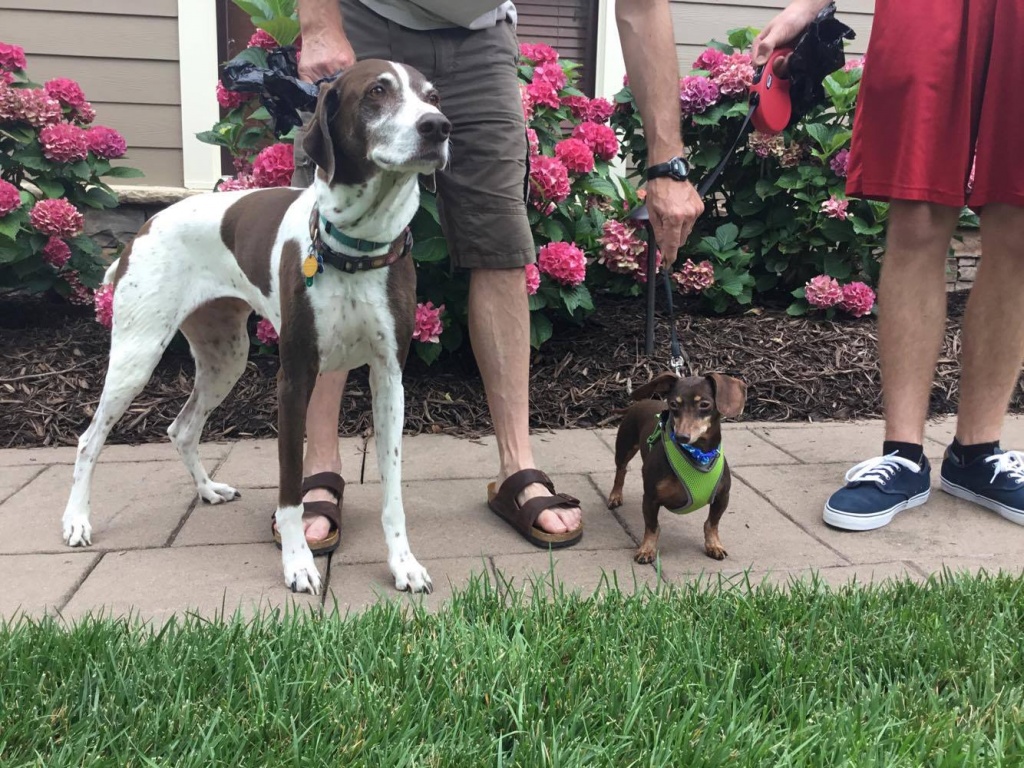 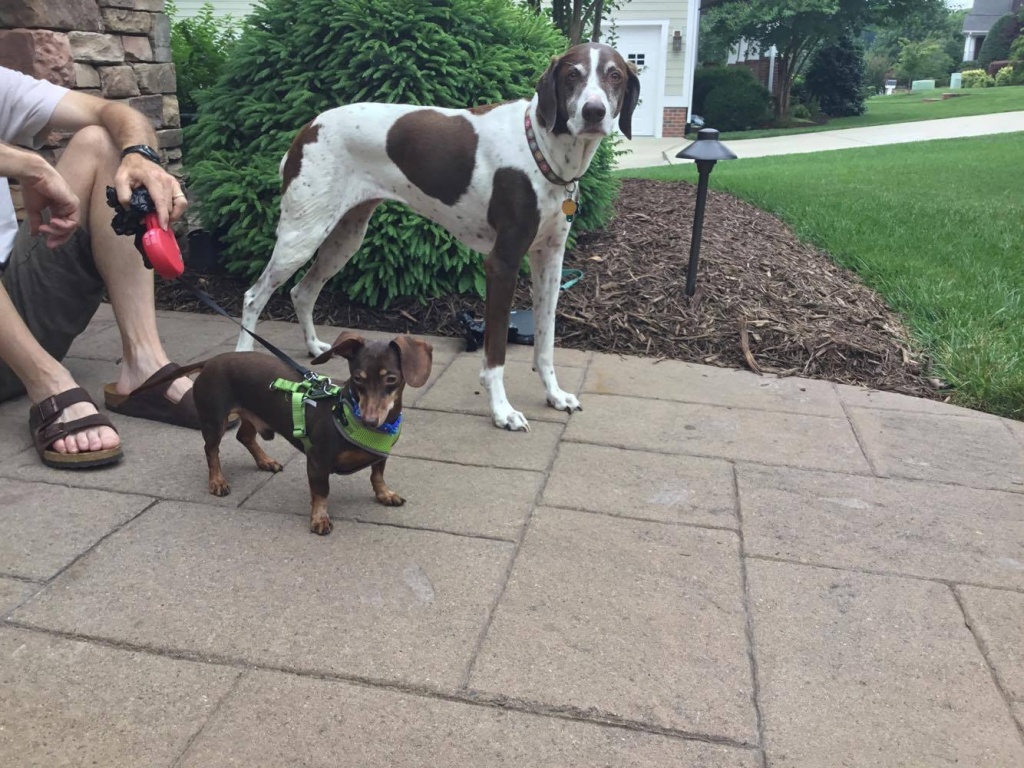 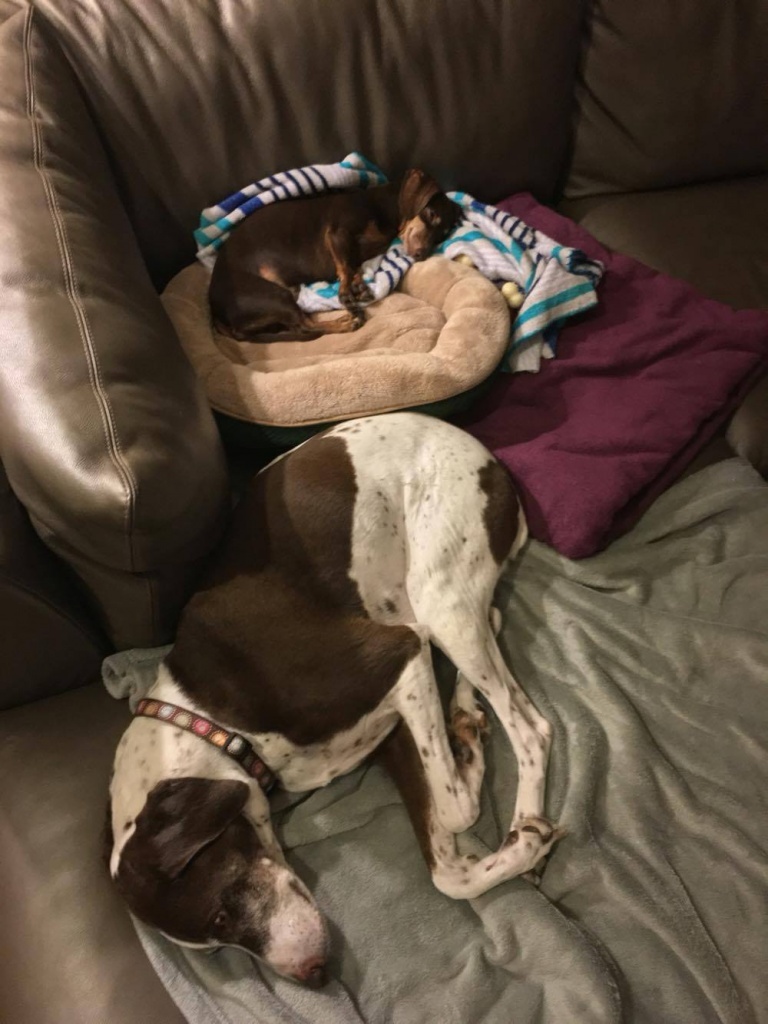 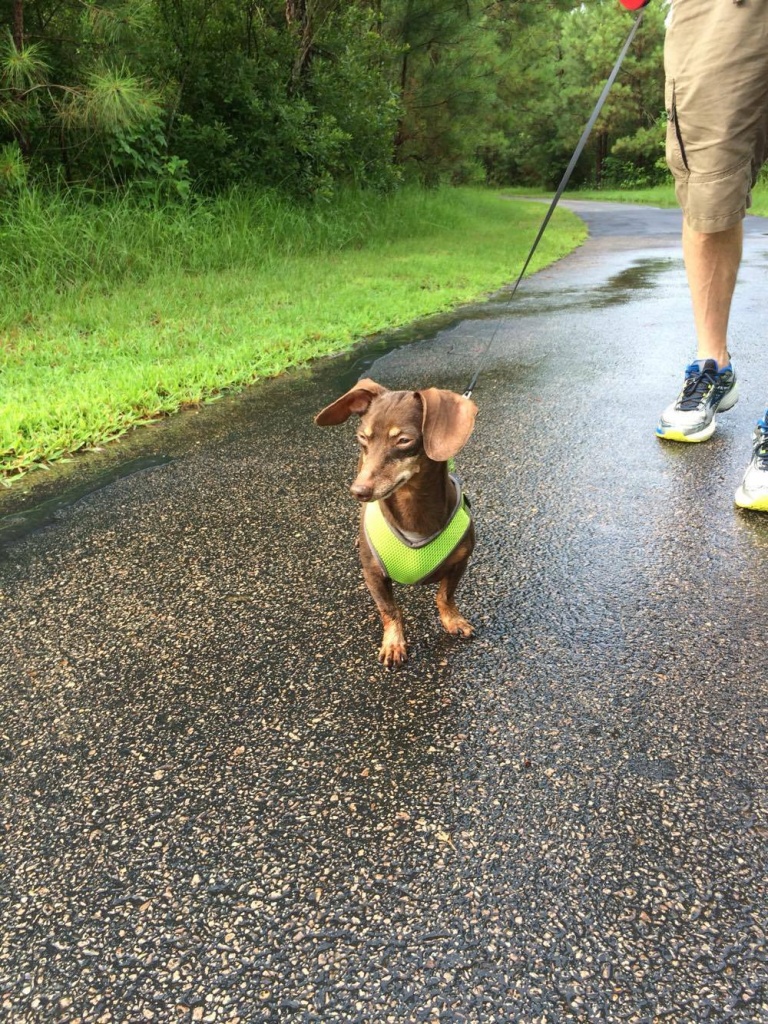 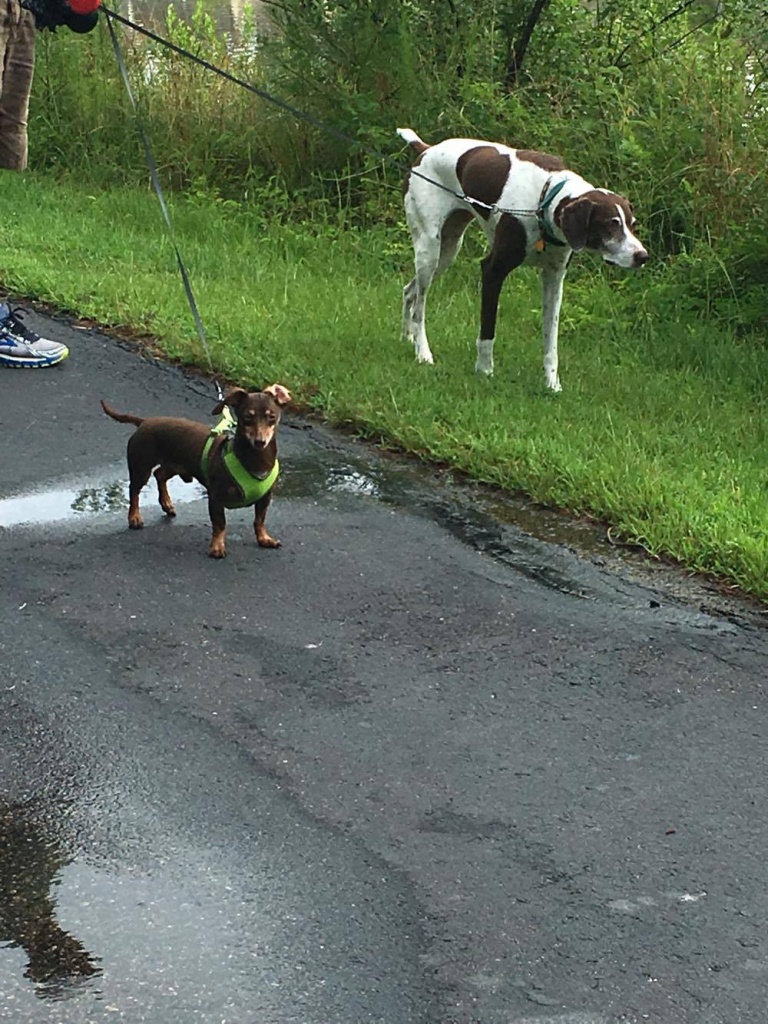 How to Create a Similar Adoption Program

Aloft Downtown Asheville, Charlie’s Angels Animal Rescue and I are creating a complete guide to fostering a dog at your business. While we work on putting that together, please join our mailing list and you’ll be the first to be notified when the guide becomes available. The ASPCA estimates there are 7.6 million companion animals that enter animal shelters every year. Fostering will help reduce that number.

Vets4Pets, Bathing Your Dog for Charity