Koko’s story is unique because she wasn’t rescued in the traditional sense, but she was definitely saved. She’s a Lab/German Short Haired Pointer mix who has been through a lot. Her parents, Ben and Lisa own Modern Paws, a local pet boutique in Tampa. We have become friendly and I ran into them at the Washington St. dog park and was able to snap these photos of Koko.

Koko was unexpected as Ben’s Dad had a friend with two unaltered (not fixed) dogs and they accidentally had puppies. Ben and Lisa took care of Koko for a few days while Ben’s Dad got food and a crate. It wasn’t hard for them to fall in love with her over that weekend.

Ben’s Mom wasn’t keen on dogs, so they asked if Ben and Lisa would like to have Koko. They weren’t ready at the time, so Koko went to a family friend of Ben’s Dad who had kids. Koko was just a puppy at the time and was play biting the children. That family was going to re-home Koko again, but Ben and Lisa didn’t want to see that happen, so they took her in. Koko is now one of three dogs in that household. Something tells me that Ben and Lisa may not stop there. They love animals!

About a week later, while they were on the way to get Koko her vaccines, they noticed she wasn’t feeling well. It turns out, she developed Parvo, which is highly contagious and very costly to treat. When I worked for the animal shelter, dogs were often put down who were brought in with Parvo because they could spread it to the other animals.

It’s the love that Ben and Lisa have for animals that gave Koko her second leash on life. She 100% beat Parvo and spends her days catching plates at the dog park and spreading her love…and slobber, wherever she goes.

Modern Paws is located within Duckweed Urban Grocery in the Channelside District and Downtown Tampa locations. If you have a pet that you need spay/neutered, you can learn more and schedule an appointment at the Humane Society of Tampa Bay. They can be reached at 813.870.3304 as well.

If you would like a professional pet photo shoot of your dog, please reach out. I’d love to tell their story. You can email me at adam@agoldphoto.com. 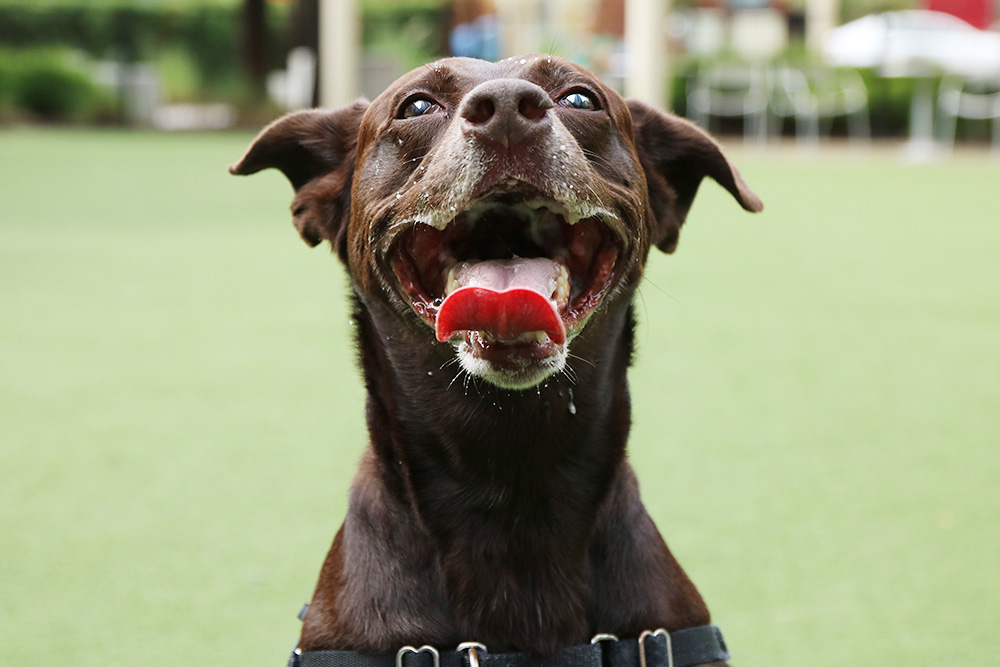 The Art of Rescuing Dogs