Yogi, formally Angus, was adopted from the Humane Society of Broward County (HSBC) by none other than my Dad. My mom was on a cruise at the time, but more on that later. Yogi’s story actually holds a special place in my heart because not only was he adopted from the shelter I would end up working at, but he was also the first dog I ever had. Yogi was pre-Rigby. I didn’t adopt Rigby until May 2014.

Yogi was adopted on February 14th, 2012 and I didn’t start working at HSBC until December of 2013. HSBC is actually where I found my passion for photography, animals and it’s the same shelter where my beloved Rigby was adopted from. Funny thing is, my Dad actually worked at the shelter 20 years prior in the fundraising department. I was just a little lad at the time. You would think we’d have a dog because of that, but nooooooo! Anyway, I have Rigby now, and he makes up for not having one as a child.

Adopting a pet should be a family decision

My mom and Dad talked about adopting a dog for quite some time, but they were never “ready” to commit and go to the shelter. Now, what I am about to share with you, is not what I would recommend when adopting a pet. My Dad actually went to the shelter on his own and fell in love with Yogi right away. My Mom was on vacation and my Dad’s intention was to surprise her. Luckily, my Mom fell in love with Yogi just as quickly as my Dad did, but what if she didn’t? Would he have had to go back to the Humane Society?

Surprising a loved one with a new pet is not the best idea. Now, it worked out in my parent’s case, but when one person surprises another or adopts a pet as a gift, the chances are higher that the pet will be returned to the shelter. Rehoming animals constantly is not in the best interest of the animal and adopting is a decision that all family members should agree to and be aware of. Having a pet is a big responsibility and it’s important that the whole family is on board.

Yogi spent less than a full day at the shelter and he was even the featured pet of the day on the HSBC Facebook page, although my Dad never saw this post as he didn’t have a Facebook at the time. It was a volunteer who pointed out Yogi and said that he was one of the sweetest dogs he’d seen come into the shelter. Well, that volunteer was right!

Yogi’s previous owner unfortunately passed away and a neighbor took him in, but their dog was adverse to having another dog in the home, which is how Yogi ended up at the Humane Society.

You never know what you can find at an animal shelter

I reached out to my former colleague, Cherie Wachter, at the Humane Society of Broward County as research for this post. She is the Vice President of Marketing for the shelter.

“It is estimated that more than 25% of animals that enter shelters are purebreds.  The more common the breed the more likely you will see it at a shelter.  For instance, Labradors, beagles, American Staffordshire terriers are all popular breeds and can often be found at shelters or rescue groups.  This is not limited to dogs either.  Persian cats and Siamese can often be found too at shelters or rescues.  There are so many purebreds looking for homes, there are breed specific rescues for those that have their heart set on a specific breed.  Of course when you adopt a mixed breed, you are getting a pet that has a unique look and personality, a one-of-a-kind gem.”

Yogi loves to relax on the cold tile floor and stare out the window at the dogs that go by. On his walks, he enjoys smelling each and every blade of grass while moving at a snails pace. My parents adore him and he and Rigby are best friends. Whenever I bring Rigby home, it’s such a sweet reunion between the two of them. Hey, they’re brothers after all.

It’s no surprise that my parents fell in love with Yogi so quickly. His personality and dashing good looks are bound to make anyone smitten. You too can become smitten with an adopted or rescued dog. When you’re ready to add a new pet to the family, make sure the whole family approves and you can even use websites like PetFinder to find the exact breed you are looking for.

Feature Your Adopted or Rescued Pet

If you would like your adopted or rescue dog featured on AGoldPhoto, and you live in the Tampa Bay area, please schedule a photo shoot and I’d be happy to tell his or her story. You can also follow me on Facebook and Instagram for more stories of adoption and rescue. 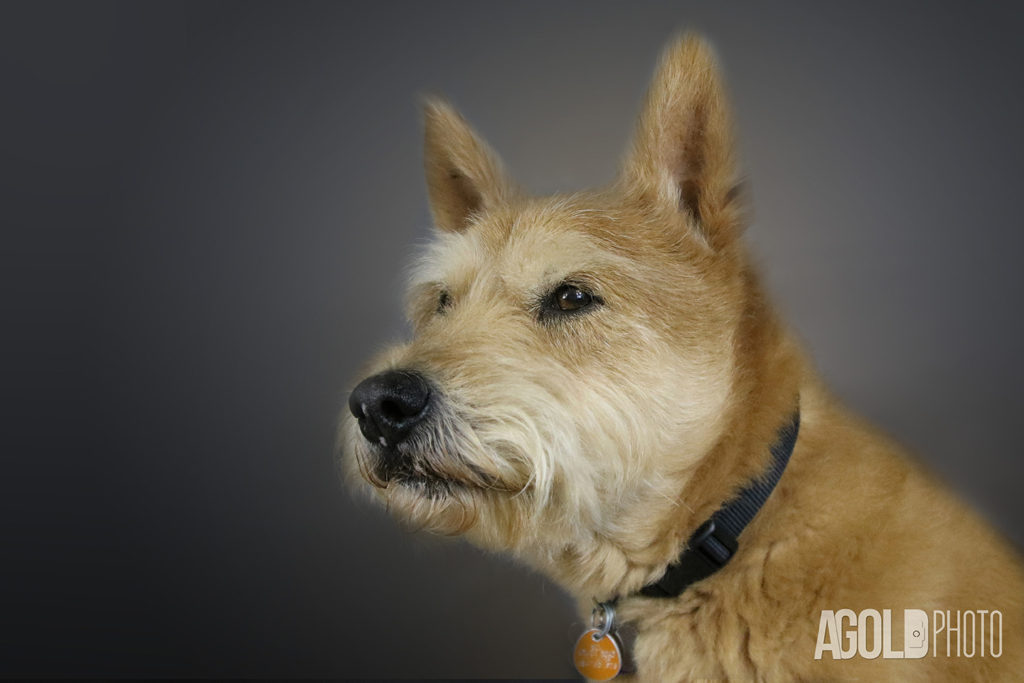 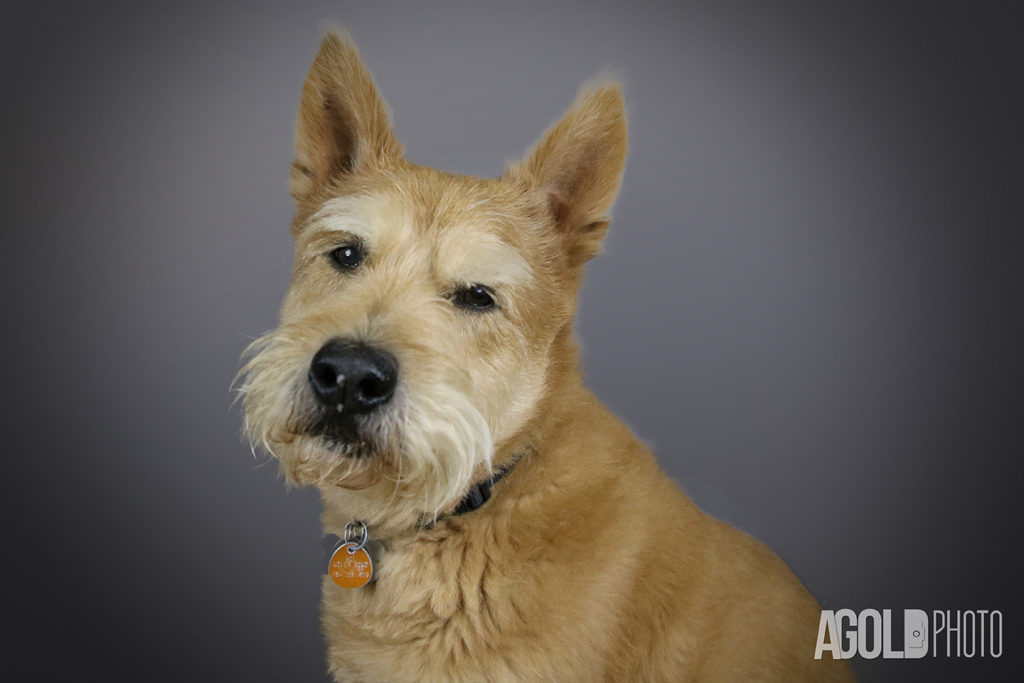 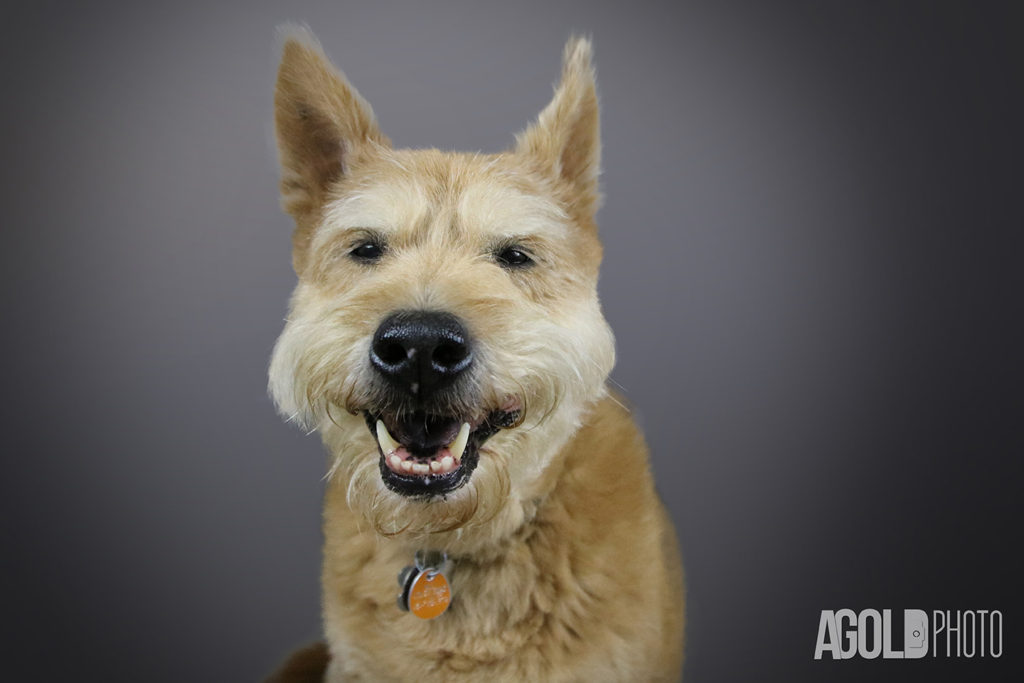 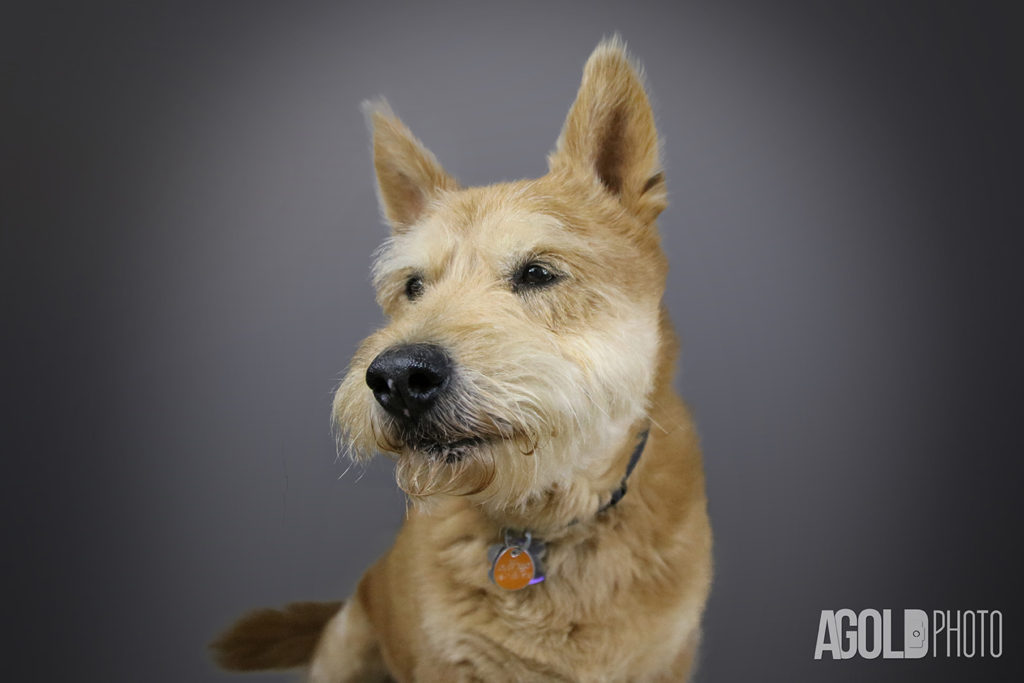 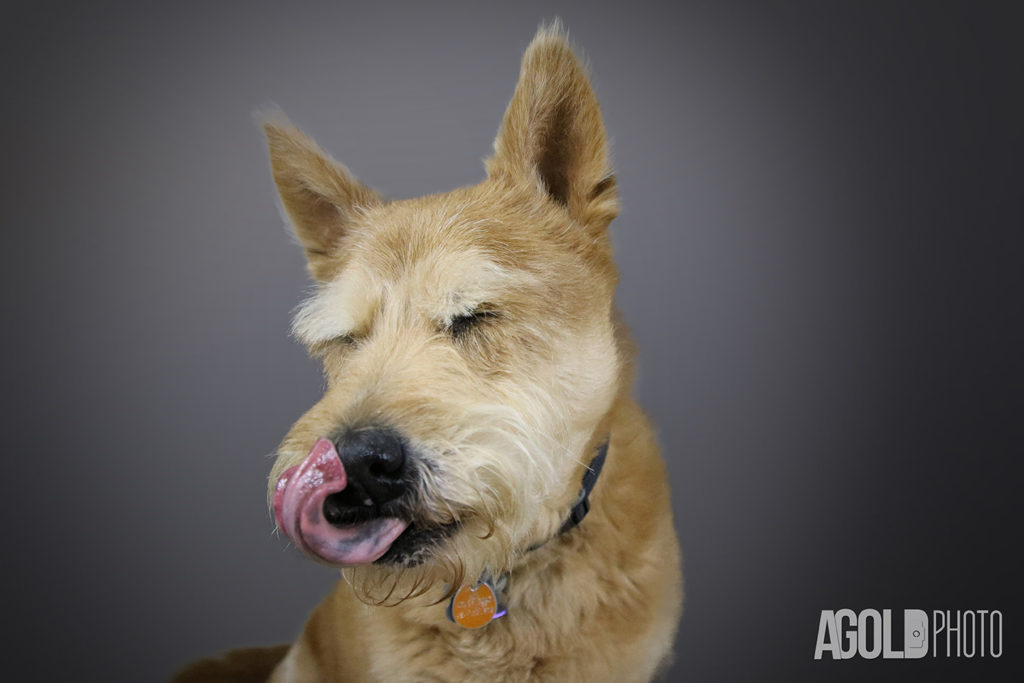 Hector The Puggle, Who Put Up No Struggle, to Being Adopted