It was early in 2015 when I knew I had a great idea. I was working for a local animal shelter in Ft. Lauderdale, Florida where I managed the photography program, social media pages and website. It wasn’t out of the norm for me to research other animal shelter social media pages for ideas. I started working at the in December 2013 and by April 2015, I had learned a lot about shelter life and various animal welfare issues, none of which I knew anything about before working for a shelter.

In my search, I saw a photo, a photo that really touched me. This photo was a reactionary photo. It captured the reaction of four women who were surprised with adorable kittens. At the time, the ASPCA off Texas facilitated a program where they traveled to multiple local businesses in one day and surprised employees with a box full of puppies and kittens. Once I saw that photo, I knew the shelter I was working for could do something similar and that’s how the idea for Snuggle Delivery was born.

What is Snuggle Delivery?

Snuggle Delivery was the idea that I came up with. I used a picture of puppies, put up a blog post on the shelter website, created a flyer and the next thing I knew, Snuggle Delivery had gone viral. Mentions of Snuggle Delivery were on Huffington Post, NY Daily News, Dogster, Bored Panda, Elite Daily, multiple local news stations across the country and I was even featured in a mini documentary (video below).

I couldn’t believe what was happening. Not only was I fielding calls from national and even international publications, but other shelters who wanted to run a similar program were phoning in too. By the time I stopped working for the shelter, Snuggle Delivery raised over $15,000 and helped hundreds of animals find new homes. It was often that we wouldn’t come back to the shelter with the puppies we left with because they got adopted. It was a good problem to have. I even got to hold a Snuggle Delivery with the Miami Marlins. 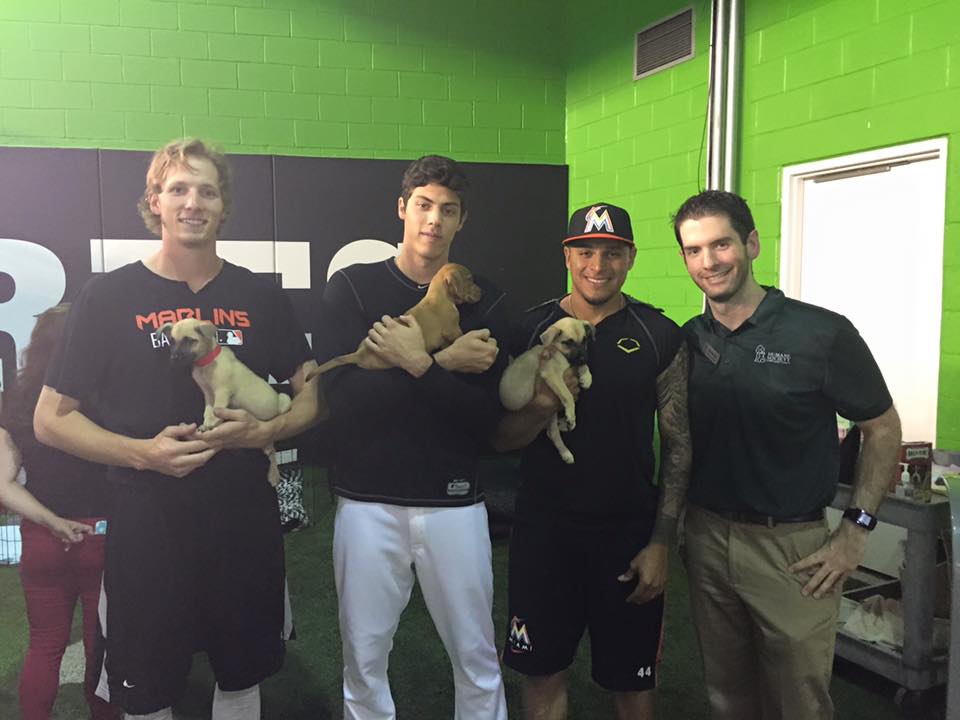 When I pitched the idea of Snuggle Delivery to the shelter manager, she didn’t think it was viable, but I knew that once the internet got their paws on it, it was going to be wildly popular, which it was. Businesses far and wide wanted to schedule a Snuggle Delivery for their employees to boost morale and promote team building. There was even a request from a bride to be, to have puppies for snuggling at her wedding.

Why did I start AGoldPhoto Pet Photography?

Now that I have moved to Tampa, AGoldPhoto Pet Photography is my attempt at going viral for a second time. My hope is to attract the attention of, not only lovers of photography, but lovers of dogs and other rescued and adopted animals as well. Like I mentioned above, there was a lot that I didn’t know when it came to homeless animals and I figured my friends didn’t either. I want to educate the internet about animal welfare issues and the importance of adopting all while luring them in through photography.

Any sharing of AGoldPhoto would really help this project grow. I love helping animals, taking photos and using my knowledge of digital marketing to make it all happen. If you’d like to schedule a pet photo shoot, and you live in Tampa, please schedule a photoshoot today!

What You Don't Know About The Humane Society of Tampa Bay